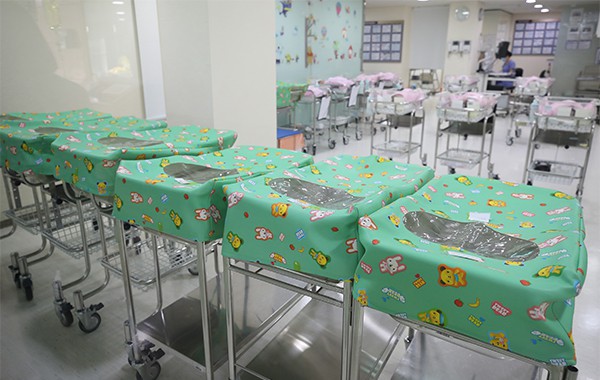 According to preliminary census figures released by Statistics Korea Wednesday, the country’s population declined 33,000 in 2020 as there were more deaths than births for the first time.

“The prolonged low birth rate along with a steep increase in the number of deaths resulted in the first natural population decline,” said Kim Su-young, an official from the statistics agency.

The number of babies born in the country last reached 272,400, down 10 percent or 30,300 from a year ago. It was an all-time low since related data became available in 1970. It also marked the first time that the number of newborn babies dipped below 200,000. 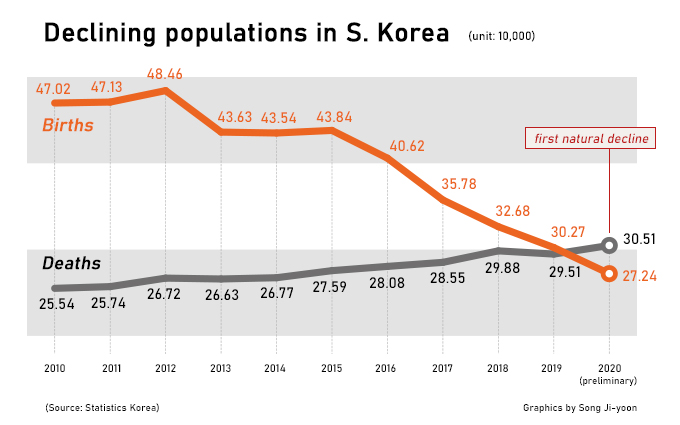 The crude death rate came at 5.9, keeping its growth streak since 2010.

The country’s total fertility rate – the number of babies a woman is expected to have during her life time – reached a fresh low of 0.84 in 2020, marking the third straight year that the rate fell below 1.

South Korea is the only country among 37 member nations of the Organization for Economic Cooperation and Development (OECD) that records a fertility rate under 1.

All of the eight metropolitan cities and nine provinces saw their total fertility rate decline from a year ago. The capital Seoul had the lowest rate of 0.64 percent.

“The number of births is expected to keep falling as Covid-19 drove decline in marriages last year while the number of deaths is predicted to increase, which could lead to an accelerated natural decline in population,” said Kim.