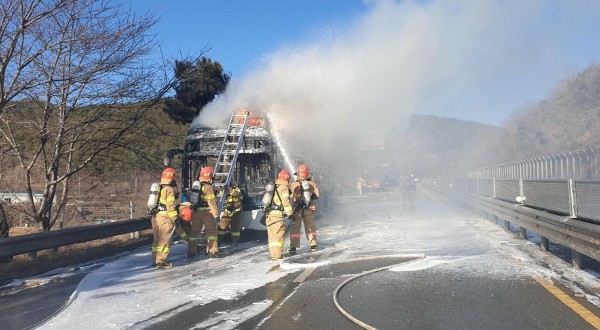 The Elec City bus made in 2019 went in flames while cruising on the road in Changwon, South Gyeongsang Province. The fire started from the roof where a battery cell is installed, according to sources. No casualty has been reported since no passengers were aboard.

The bus was on its way back to garage after receiving battery-related repairs, sources found. It is installed with the same LG Energy Solution battery as the Kona EV cars that the company recalled for fire issue.

Hyundai Motor, the Korea Automobile Testing & Research Institute (TS) and local fire agency will jointly conduct investigation to find out the cause of the fire. 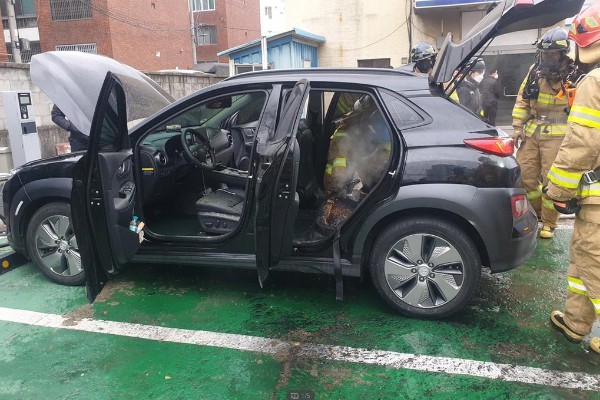 이미지 확대
An official from the Ministry of Land, Infrastructure and Transport said it commissioned a probe to the TS to see if the fire was caused inside or outside of the battery cell, and plans to ask for help from National Forensic Service if necessary.

Industry watchers believe the transport ministry will soon announce its investigation results on the cause of the fire on Kona EV. The ministry speculated the fire was caused by flawed battery cell but the manufacturer, LG Energy Solution, has been denying the accusation.

If any defects are found on the batteries, Hyundai Motor should possibly replace all of the battery system of the recalled Kona EV. It would cost more than 1 trillion won ($907.4 million), and the carmaker is expected to share the cost with LG Energy Solution, according to sources.