Seoul to roll out Pfizer vaccine in April, Novavax in Q2 with output from SK Bioscience 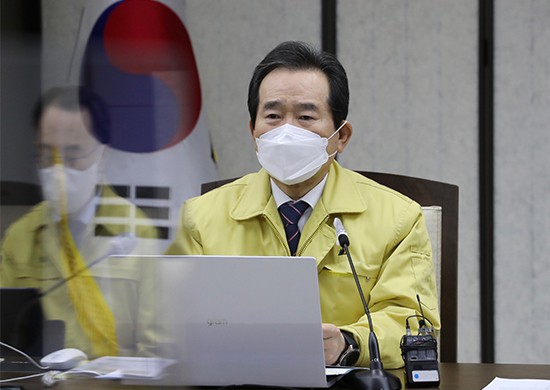 South Korea will start free Covid-19 vaccine administration with Pfizer’s vaccines in April, ahead of earlier planned third quarter, after securing additional doses for 3 million people from the U.S. drugmaker, and add Novavax jabs in its vaccine program in the second quarter – the fastest in the world - as they will be entirely produced at SK Bioscience plant in Korea.

The Korea Disease Control and Prevention Agency said Tuesday that the government has signed a contract with Pfizer to purchase 6 million doses of Covid-19 vaccines to cover 3 million people. The country will also receive the first batch of the vaccines in late March to start inoculation in April. Pfizer’s vaccines are currently under review for approval by the Korean drug authority.

With the latest addition, Korea has secured Pfizer’s Covid-19 vaccines for 13 million people.

Seoul will start receiving Pfizer’s vaccines for 500,000 people in late March and for 3 million by June. 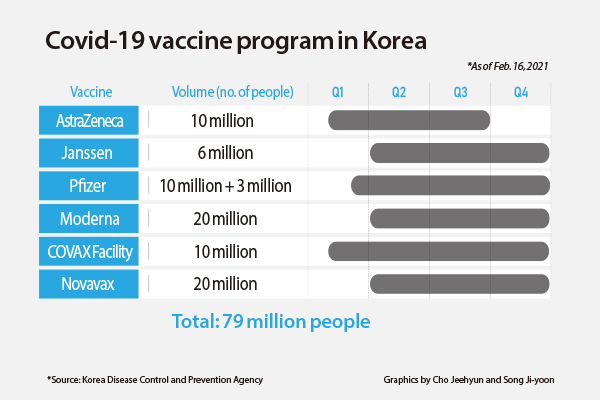 Novavax’s vaccine, proven to be 89.3 percent effective in U.K. trials and also against U.K. variant of the disease, is being made in Stockton-on-Tees, U.K. for delivery in the second half. For supplies promised to Korea, the entire volume will be consigned to SK Bioscience for rollout from as early as the second quarter. 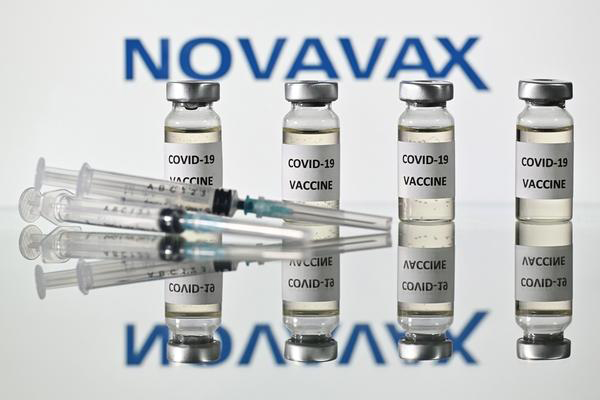 이미지 확대
With the additions, Korea has the capacity to inoculate a total of 79 million, in excess of its 50 million population. The country will be giving Covid-19 shots developed by AstraZeneca, Johnson & Johnson’s Janssen, Pfizer, Moderna, and Novavax that it secured via independent contracts and also through COVAX facility, a global pooled procurement mechanism for COVID-19 vaccines.