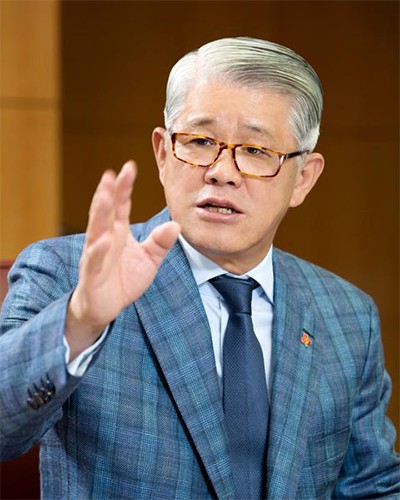 Choi is the second son of the late SK Group founder Chey Jong-gun and elder cousin of SK Group Chairman Chey Tae-won. He was the chairman of SKC between 2000 and 2015 and has been leading SK Networks, the trading arm of SK Grup, since 2016.

The prosecution has been investigating the case since 2018 when the Korea Financial Intelligence Unit (FIU) under the Financial Services Commission detected suspicious flow of funds from SK Networks.

Prosecutors raided about 10 locations including the offices of SK Networks, headquarters of SKC and SK Telesys as well as Choi’s residence and local tax authority in October last year.

SK Neworks’ head office was once again raided on Jan.4 for further investigation and Choi was summoned in for questioning on Feb.7.

By Park Yoon-ye and Choi Mira