Korea to return to pre-pandemic growth in Q2 ‘22, faster than others: Mckinsey Seoul head 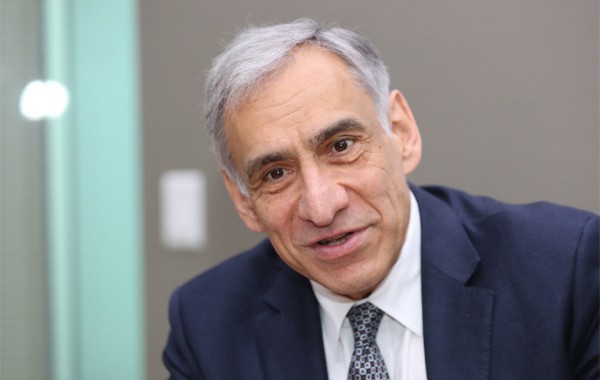 South Korea’s economy will rebound to pre-pandemic level in the second quarter of next year, a quarter faster than other major economies, according Andre Andonian, new head of McKinsey Korea.

“For Korea … getting to the same level where Korea was before the Covid-19 will probably be 2022 second quarter, which is faster than the global world,” Andonian said, in a media interview last week. “For the world, we expect third quarter of 2022.”

The economic projection for Korea and the world is based on its own survey of global executives.

Andonian, who joined the Korea office as managing partner last month after serving five years in Japan, has diverse experience serving clients for over 30 years in the United States, Europe, and the Middle East, across semiconductor, advanced electronics, automotive & assembly, biotechnology, and aerospace & defense industries. During his previous post in Japan, Andonian managed to more than double client portfolio and number of people in the office.

Andonian expected that transition towards normality to begin in the U.S. in the second quarter of this year thanks to “the success of vaccination.” Herd immunity from epidemiological perspective will be reached in the third and fourth quarters.

“The emergence of new virus strains and the slower start of the vaccine rollout may pose additional risks and the world schedule may take one year longer,” Andonian said.

Then how should Korean companies prepare themselves in post Covid-19 era?

Andonian encouraged companies to not only have bold aspirations but make sure those aspirations, that include their portfolio, M&A roadmap, and business processes, are shared with others in the organization.

Companies should also accelerate efforts for digital adoption, by going big, board, and moving fast.

Korean companies have been regarded as strong players in the digital transformation on the back of high adoption rates of digital products like 95 percent smartphone ownership and 96 percent internet usage.

Also, out of world’s 518 unicorns with over $1 billion valuation, Korea has 11, higher than Japan with 4.

There is room for improvement, however, he said, noting how for instance, “Samsung or LG’s mobile devices could also be leaders in apps in that area, on content than the product itself.”

Andonian suggested Korea can use its strength in industrial segments for paradigm shift such as automotive going from hardware to software, energy moving towards renewables, and consumer goods using digital channels and digital customer experience.

The Covid-19, meanwhile, will accelerate corporate succession, Andonian said, and a successful succession is even more important in Korea as it is directly linked to jobs and national economy.

“It is most important to establish long-term capacity to seek the right successor,” he said, adding that companies should begin preparation five to 10 years before actual succession.

He also remained cautious about the ruling Democratic Party’s proposal for a profit-sharing scheme.

Although more research and analysis is needed before any decision making, competitiveness of a particular industry sector cannot be determined by comparison with other sectors.

“We should look into what kind of disadvantages there are in terms of global competitiveness when profit is shared such as through fund creation,” he said.