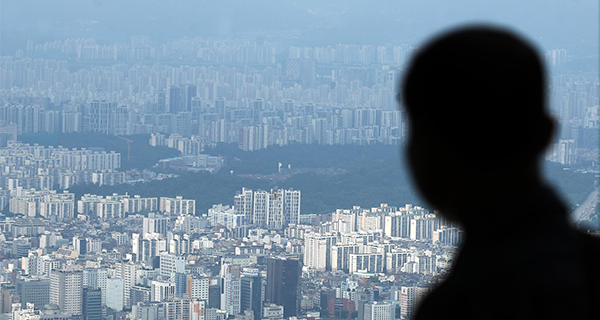 South Koreans subject to the year-end comprehensive real estate tax bill, or surcharge on property-rich, has topped 1 million this year for the first time since the tax scheme was introduced in 2005 due to spike in housing prices and appraisal value that becomes the basis for taxation.

According to the National Tax Service, a combined 1.03 million individuals and businesses will receive the bill for comprehensive real estate tax this year, with the figure breaking down to 947,000 homeowners and 79,600 landowners.

The number of gross real estate tax payers jumped 37.9 percent from 744,100 a year ago. This is the first time that the figure has topped the 1 million mark since 2005 when the country introduced the scheme to rein in the speculative property market by levying additional tax burden on expensive house owners. 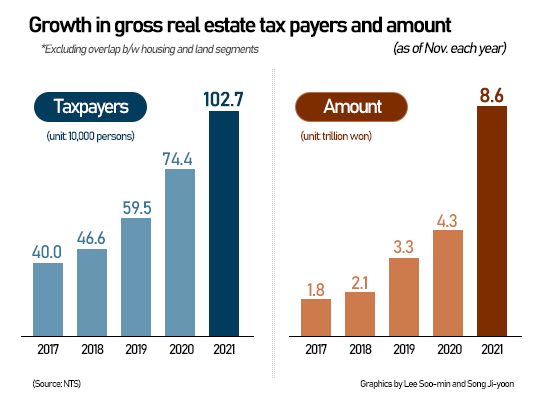 Homeowners saw a faster increase in their tax bills as the government sharply hiked the comprehensive real estate tax rates on multiple homeowners to a range of 1.2 to 6 percent from the 0.6 to 3.2 percent rage. For owners of a single house, the government raised the taxation base to 1.1 billion won from the previous 900 million won to reduce their tax burden.

According to the finance ministry, Korea is projected to log about 50 trillion won in excess tax revenue for this year, with 19 trillion won remaining for use for the remainder of the year. Counting in the comprehensive real estate taxes, the figure goes up to over 20 trillion won. 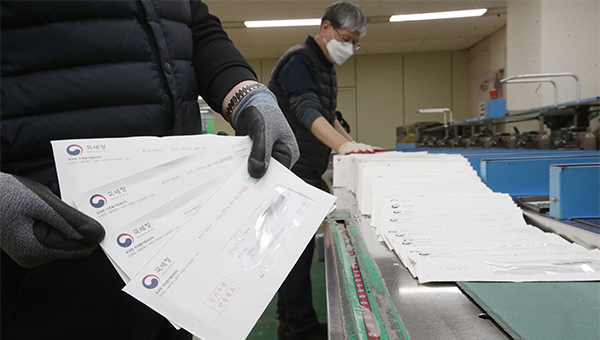 Experts advise that the tax revenue outlook for next year should be revised in light of the expanded excess tax income this year.

The government forecast that its national tax income would amount to 338.6 trillion won in 2022 based on its July estimate of 314.3 trillion won in tax revenue, without reflecting the additional excess of 19 trillion won.

By Chun Gyung-woon and Lee Soo-min