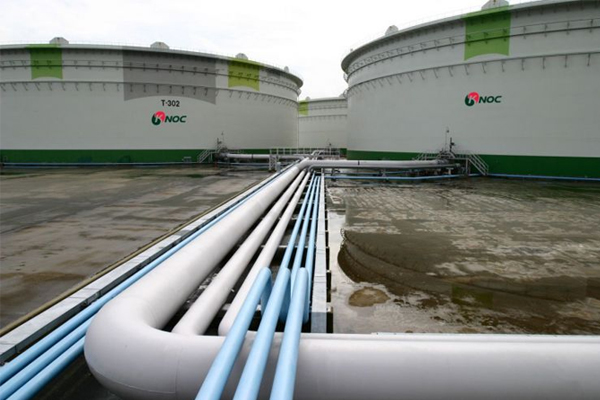 South Korea is joining U.S.-led actions of releasing state oil stock to ease fuel prices amid inaction from oil producing majors to increase supplies to stabilize international commodity prices that have been fanning inflation across the globe.

In a press release, the Ministry of Trade, Industry and Energy on Wednesday said the government will comply with the U.S. proposal of major oil importers releasing national reserve in sync to tame oil prices ahead of the winter peak season.

“The release scope and timing will be decided after discussions with the U.S., Japan, India, and other countries joining the move,” the ministry said, while adding that the scope would be similar to past cases.

Korea in 2011 released 3,467,000 barrels, about 4 percent of national reserve, amid supply crunch from suspension of production in Libya due to civil war.

Since Korea holds a stock that could last more than 100 days in line with the guidelines of the International Energy Agency, it is safe against any contingency even after the release, the ministry added.

Under the country’s oil reserve management manual, oil reserves can be released when local petroleum supply and demand faces setback or if the country needs to join international action.

When a decision is made, the government gives order to the Korea National Oil Corporation (KNOC) that manages oil reserves. KNOC releases reserves by lending or selling them to oil refinery companies.

According to KNOC, Korea has 97 million barrels of oil reserved in 9 locations across the country as of end of August, which is enough for the country to survive 106 days without oil imports as of June.

Gas prices in Korea have hit seven-year highs as the price of Dubai crude, Korea’s import benchmark, since last month has hovered around $80 per barrel, compared with $50.5 in January.