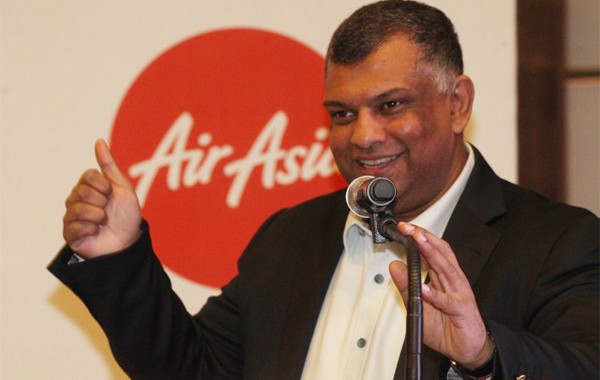 “Just like 9/11 [in 2001] and SARS [in 2003], demand will return and people will adapt to the new norm of travel,” Fernandes said, in an e-mail interview with Maeil Business Newspaper. “Borders can’t remain closed forever and people will learn to fly under some new health and safety requirements.”

The written interview was conducted ahead of the 21st World Knowledge Forum, in which Mr. Fernandes will attend virtually on Sept. 16, the opening day of the forum that will be held until Sept. 18 both offline and online.

“This is the greatest challenge we have ever faced,” Fernandes accepted. “Never before has there been a more restricted travel industry.”

The CEO, however, said that the worst is over and that his company “will come back, leaner and stronger than before.”

“Through resilience and hard work, we will survive,” he said.

Low-cost carriers have advantage over full-service carriers in overcoming the current crisis triggered by the pandemic as majority operations involve short- and mid-distance routes.

“We have a strong brand and a low cost base to recover faster than many others,” he said.

Starting July, AirAsia has resumed domestic flights in six countries – Malaysia, Thailand, Indonesia, the Philippines, India, and Japan – with Air Operator Certificate (AOC) and has recovered 50 percent of pre-COVID-19 levels in the markets. The budget carrier expects to be flying between 70 to 100 percent of its domestic capacity in the key markets by the end of the year by adding capacity throughout the second half in line with a gradual increase in demand.

“One of the silver linings of the pandemic is that it gave us time to focus on our digital business divisions during the hiatus,” he said. “Driving our non-airline revenues is now our key growth area … We have invested in numerous technologies to make air travel more contactless and convenient.”

Last month, the carrier launched Scan2Fly, which provides screening of PCR tests and travel documents on airasia.com or mobile app before guests arrive at the airport.

“AirAsia is potentially the first airline in the world to build this digital capability to provide a smooth experience for our guests at the airport,” Fernandes said. “It also means our check in agents do not have to verify the documents on the day and guests can go straight to the boarding gate.”

As part of efforts to prepare for the post-COVID-19 era, AirAsia has launched Teleport, a cargo and e-commerce logistics company providing last mile deliveries. It also remains focused on AirAsia Big Loyalty program and BigPay allowing the carrier to evolve into a virtual bank and involve in financial technology industry. It has also announced partnerships with Agoda and Trip.com recently “to leverage further synergies from.”

With regards to the Korean airline industry, Fernandes noted the fast growth of the Korean aviation market in recent years, which has made the country “a key growth market for AirAsia.”

The CEO noted that AirAsia expects to see more expansion opportunities in Korea after the COVID-19 pandemic has reduced competition in the market.

Once the pandemic calms and travel restrictions are further lifted, the budget carrier plans to actively review business expansion in Korea, he said.

“We will resume our popular routes to Korea, including Seoul [Incheon], Busan, and Jeju, as soon as possible,” AirAsia CEO said.

During the three-day forum, Fernandes will speak for an open session on “Transformation from an Airline to a Platform Business focusing on Travel & Lifestyle.”