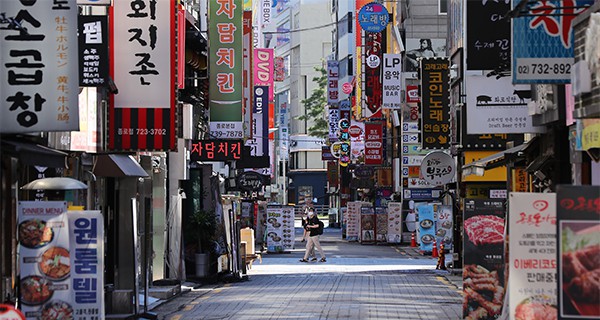 South Korea will ease social distancing rules in the greater Seoul area for the next two weeks amid a slowdown in infection rates.

The move comes two weeks after the government raised its restrictions to level 2.5 from level 2 to contain the rapid spread of the virus in the densely populated capital.

“After a comprehensive review with experts, we`ve decided to adjust social distancing to level 2 for the next two weeks,” Prime Minister Chung Sye-kyun said in a meeting with government officials on Sunday.

While the spread has slowed due to the strengthened measures, Chung asked people to stay vigilant as daily cases still remain in the triple-digits and transmission sources cannot be traced for one out of every four patients.

Daily infection numbers have fallen to the low 100s in the recent week after peaking at over 400 in late August. On Sunday, the country reported 121 new cases, bringing the total tally to 22,176. 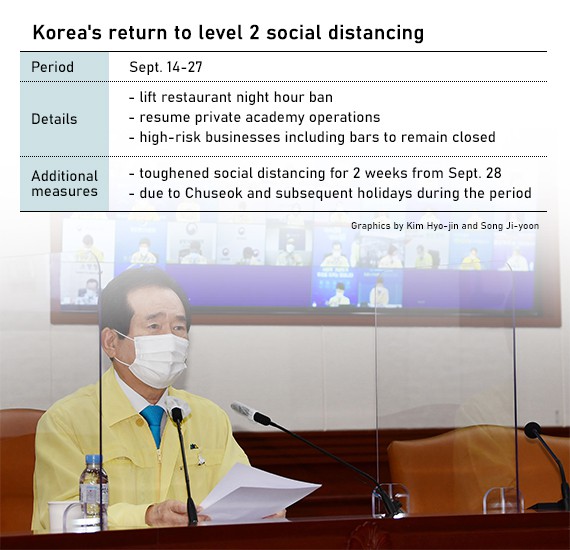 Starting Monday, franchise coffee shops can reopen indoor seating area after being restricted to only takeout. The ban on eateries from operating after 9 pm has also been lifted.

Schools would also continue online classes until Sept. 20. Education officials would gather on Monday to decide whether to return to on-site schooling.

Chung said social distancing rules would be toughened during the Chuseok holiday from Sept. 28 to Oct. 2 and for the following two weeks to prevent another flareup amid the mass migration of travelers. Chuseok is one of Korea’s biggest holidays with millions making trips across the country for family gatherings.

Some experts argue that the easing may have come too soon, as daily numbers have yet to fall below the government’s previous target of 100.

By Seo Jin-woo and Kim Hyo-jin