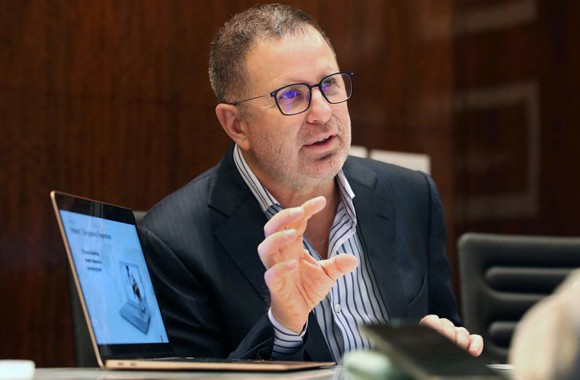 Nanox will initially invest 60 billion won ($50.4 million) to build a MEMS chip manufacturing plant in Korea, which is a key to its digital X-ray machines, Nanox chief executive Ran Poliakine said on Tuesday during an interview with Maeil Business Newspaper in Seoul.

The CEO is visiting Korea to discuss business cooperation with Nanox’s second largest shareholder SK Telecom and decide on the location for the plant that could commence operation in the second quarter of next year.

Nanox, which joined Nasdaq last month, is the world’s first company to introduce commercial-grade digital X-ray technology based on a proprietary silicon microelectromechanical (MEM) system semiconductor technology. It has refined its innovative Nanox System with Nanox.Arc, a novel digital X-ray device and the Nanox.Cloud, a companion cloud-based software.

SK Telecom initially invested $3 million in Nanox in 2019 and additional $20 million in June this year to become the second largest shareholder.

Poliakine disclosed that the Israeli startup was in talks with a Korean AI solution provider for an M&A deal, which is necessary in storing Nanox’s digital X-ray data to its cloud system for data sharing and analysis everywhere, anytime.

Nanox’s technology enables medical imaging systems to be built at significantly lower costs with improvement in image quality, imaging speed and radiation dose to promote early detection of medical conditions that are discoverable by X-ray and X-ray based imaging modalities such as computed tomography (CT).

Nanox shares have spiked after its debut on the Nasdaq and investors bet that Nanox’s digital system will play a key role in the post-COVID-19 world as it can make medical imaging more accessible and available.

In the post-COVID-19 era, non-face-to-face care, telemedicine, and cloud-based management of healthcare data will become key trends in the healthcare field, he said.