South Koreans are third most frequent users of social media, Band most popular 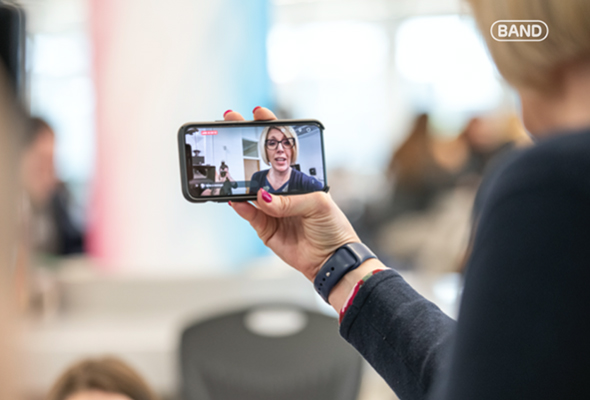 South Koreans are third most frequent users of social media platforms in the world.

According to a report from KT Economic Management Research Institute and Digital Lab DMC Media on Monday, the nation’s social network usage rate stood at 87 percent in the first quarter, the third highest following the United Arab Emirates at 99 percent and Taiwan at 88 percent.

The rate is 1.8 times higher than the global average of 49 percent.

Another report from Nielsen Korean Click found that the number of social network users in Korea jumped 15.2 percent to 35.5 million in March from the same month a year ago. The gain was mostly driven by a 31 percent surge in the number of mobile social media users.

Naver Band is the most popular social media platform for Android users in South Korea as of June, with 16.92 million monthly active users, according to Mobile Index. It was followed by Instagram with 11.49 million users, Kakao Story 9.96 million, Facebook 9.85 million, Naver Café 5.1 million and TikTok 2.94 million.

Those in 20s use Instagram the most, trailed by Facebook and Naver Band. Instagram is also the most popular social network app for Koreans in their 30s, while Naver Band is the No.1 platform for people in their 40s and 50s, according to Nielsen Korea Click.

The global social media advertising cost is expected to reach $98.65 billion this year, on track to command the second biggest 27.7 percent share in the digital advertising market after the search ads. The growth rate would be the fastest at 18.5 percent, faster than online video at 17.8 percent and paid search ads at 11.4 percent.