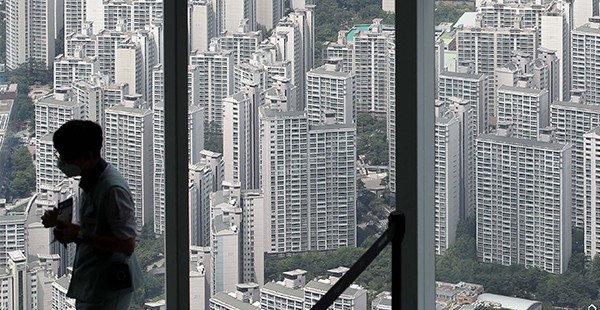 Real estate deals by non-Koreans jumped last month in South Korea where property market came to a standstill under multiple tax and trade regulations amid spike in housing prices.

According to the Korea Appraisal Board on Wednesday, the number of property transactions for houses, apartments and studio flats by foreign nationals amounted to 2,090 in June, exceeding 2,000 for the first time.

The number grew by more than 500 compared to the previous month and the same month a year ago to hit a monthly highest since data compiling began in 2006. Housing transactions by foreigners reached 418 last month, up more than 100 on month and on year. 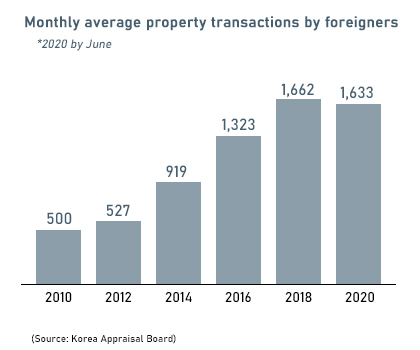 이미지 확대
Foreigners are focusing on Gyeonggi Province, with the number of transactions in the region up 58 percent from the average of last two years at 651 to 1,032 in June. They turned attention to the satellite area as properties in Seoul have already gone up considerably and the capital city is subject to the government’s stricter crackdown. Chinese made up more than half of the foreign trades.

Gwon Dae-jung, a professor from Myungji University, said the real estate prices could go up further unless the government takes action. Experts argue the government should strengthen transaction reporting rule or raise acquisition tax for foreigners.

By Choi Jae-won and Choi Mira