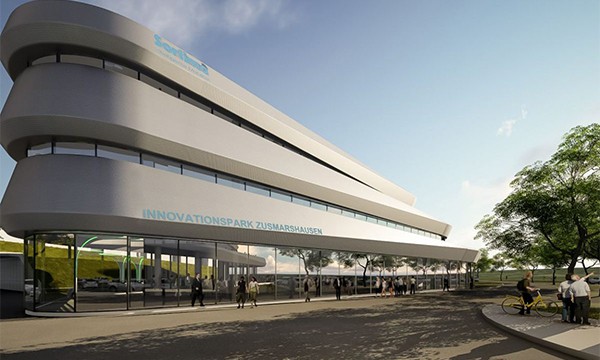 [Photo provided by The Ministry of Environment]

Under its ambitious Green New Deal initiative, South Korea will create multi-complexes on green vehicles where shopping, test-driving and charging can take place in one space.

Environment Minister Cho Myung-rae introduced ‘Mega Station’ project at a press conference on Wednesday to meet the goal of making electric and hydrogen power 1 out of every 10 cars sold from 2022.

The Mega Station would host facilities where drivers can entertain themselves while fueling their vehicles. After hands-on experience, consumers may buy and drive out the vehicle they like.

The government allocated 70 billion won ($58.4 million) to establish one Mega Station in 2021 to 2022. After the trial project, it will build three more stations across the nation by 2025, which is expected to cost around 300 billion won. The station will allow as many as 150 EVs can charge at the same time and has two hydrogen fueling facilities.

The project is modeled after Germany’s Innovation Spark shopping mall to be established along a highway based on the state and private investments. The mall will have 144 chargers, stores, restaurants and EV showroom and allow 4,000 cars to charge a day.

An official from the environment ministry said the Mega Station will create 532 new jobs. The first station is expected to be built in Seoul or Ilsan in which the Seoul Motor Show is held biennially.