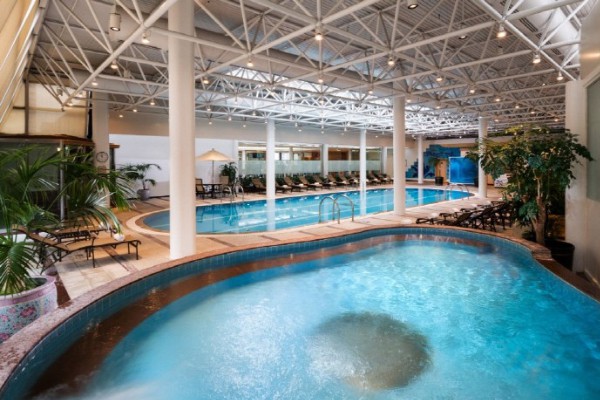 Luxury hotels in Korea have broken some of their exclusiveness to make revenue amidst absence of tourists by packaging day-use deals to draw customers to their auxiliary facilities.

InterContinental Seoul COEX has introduced Half-day Special package during summer to draw users for hotel swimming pools and auxiliary facilities without having to stay overnight. The day pass will give access to the facilities for up to 12 hours from 8 in the morning,

Millennium Hilton Seoul also is offering a similar day-use deal, allowing guest who checked in the morning to stay up to eight hours and use swimming pool, spa and other facilities.

Offering day-use deal has been considered a taboo for luxury hotels in Korea. Grand Hyatt Seoul and Vista Walkerhill Seoul had tried out special day-use packages before but were met with cold response.

But humbling has been inevitable as rooms have stayed vacant since the coronavirus outbreak in February.

According to Korea Hotel Association, foreigners accounted for 63.3 percent of guests at hotels in Seoul in 2018. The occupancy rate has dropped to 10 percent due to their absence.

“Hotels in resort areas like Jeju and Busan have recovered during the summer vacation season, but hotels in Seoul are mostly empty due to lack of foreign visitors,” said a hotel industry expert.

So far, the day-use deals have drawn young vacationers who want to use outdoor pool at a discount.

InterContinental Seoul COEX initially planned to offer the day-use stay deal for a limited period but extended the offering to the end of August due to high demand.

“For high-end hotels, it is important to maintain their luxury image. But the crisis time calls for them to experiment with various marketing efforts,” said a hotel industry official.