S. Korea pitches its trade representative to run for the WTO chief race 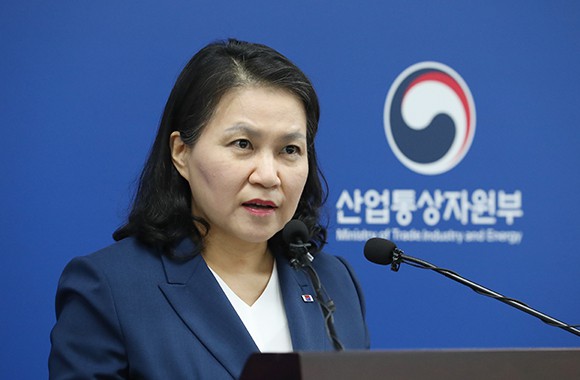 South Korea has fielded Minister for Trade Yoo Myung-hee to bid for the top seat of the World Trade Organization (WTO) vacant from Aug. 31 to play a mediating role amid deepening trade protectionism.

“Middle powers have a significant role to play in arbitration of disputes among member states for a shared vision for all. South Korea is well-qualified for the mission by exercising leadership to draw cooperation,” Yoo told reporters on Wednesday.

The 25-year veteran on trade negotiations will pitch to restore negotiating functions in the organization and make upgrades in multinational trade pacts to better respond to changing environments.

She would make the third contestant from Seoul after bids from former trade ministers of Kim Chul-soo in 1994 and Bark Tae-ho in 2012. The WTO secretary general serves four years and can have a second term.

If she wins, she will become the first Korean and woman to have the top seat at the WTO.

Currently, four other candidates from Mexico, Nigeria, Egypt and Modova have expressed will to run. Roberto Azevêdo resigns on Aug. 31, a year before his full term ends next year. The WTO headquarters receive applications by July 8. Although two months are given for campaigning period, the process may likely be shortened this year as not to keep the seat vacant too long.

Yoo Myung-hee, the current minister for trade of South Korea, is the first woman to serve the role in the 70-year history of the ministry.