Audi-Volkswagen, Toyota and others to recall about 14,000 vehicles in Korea 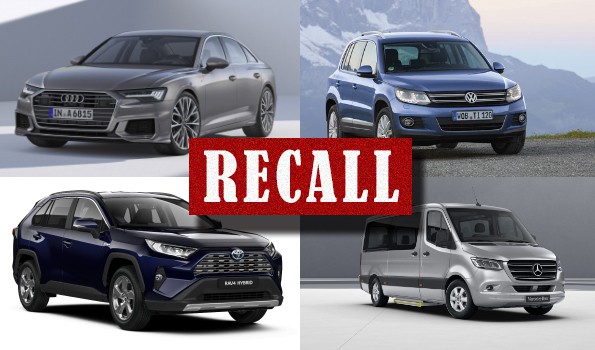 Audi-Volkswagen Korea will recall 6,509 cars from four models, including the A6 40 TDI Premium, due to problems in the starter alternator housing component. Some 4,083 cars from five models, including the Tiguan 20 TDI, have faulty fuel hoses that could lead to cracks. Another 137 units of the Bentley Bentayga V8 were found to have defects in the fuel hose connector that could result in fuel leakage.

Daimler Trucks Korea found a defect in the front brake hose of 257 vehicles, including the Sprinter van. It would also recall 21 Arocs trucks due to poorly fitted spoilers on the bulkhead.

Korea Motor Trading will recall 2,640 motorcycles, including the Yamaha GPD125-A (N-MAX125), due to faulty parts that could cause the engine to shut down.

Daijeon Machinery found a glitch in the fuel injection software program of 56 motorcycles, including the Kawasaki ZX-10R, which could make the vehicles likely to catch fire.