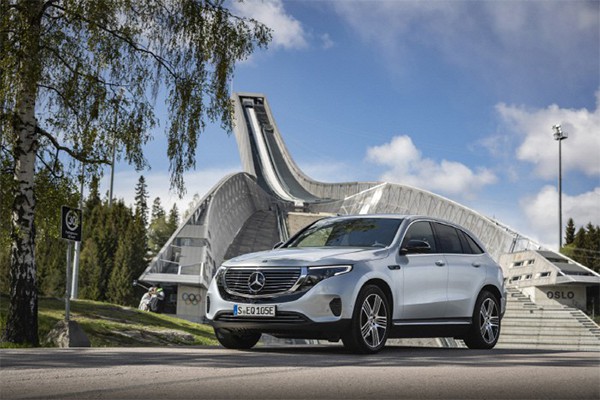 The Mercedes-Benz EQC 400 4MATIC, the first all-electric vehicle by the German luxury automaker, will be granted state subsidies in South Korea, the environment ministry said Wednesday.

The Korean central government subsidizes 6.16 million won to 8.20 million won on new EV purchases depending on the vehicle model and place of registration.

The EQC 400 4MATIC is a midsize sport utility vehicle with a four-wheel drive, boasting 408 horsepower and up to 78 kilogram-meters of torque.

Despite receiving much fanfare as the luxury automaker’s first all-electric vehicle, it failed to draw much interest in Korea, due to its high price and limited driving range of just 309 kilometers on a single charge. As of end-May, it sold a mere 50 units in the country since its release last October, according to the Korea Automobile Importers & Distributors Association.

The EQC 400 4MATIC’s application for a state subsidy in Korea had been denied last year after failing to meet some eligibility requirements. According to its filing, the model’s driving range in low temperature was 171 km, just 55.3 percent of its normal range, which fell below the 60-percent threshold. The vehicle reportedly underwent a software update to increase its range.