Delays in domestic flights can be reimbursed in S. Korea 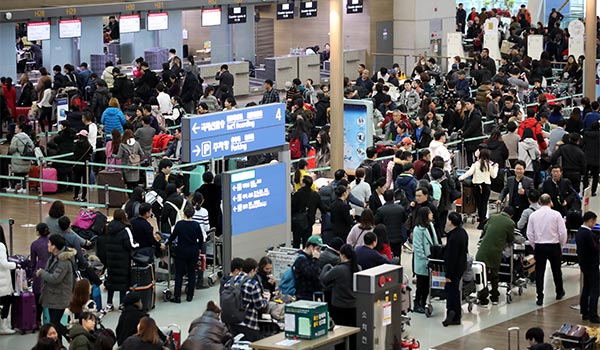 이미지 확대
Flyers can demand partial reimbursement on their ticket fare if domestic flights in Korea are delayed for one to two hours and can also be compensated for any damage, loss or delay in their luggage, according to toughened protection for air passengers.

According to the Korea Consumer Agency on Tuesday, airlines must reimburse passengers 10 percent in their ticket fare if their flights are delayed by one to two hours and 20 percent if delayed from two and three hours.

When a checked-in luggage is damaged, lost, or delivered late, the passengers can fully claim according to their reported value.

The new rule was announced a week ahead of the Lunar New Year’s holiday season, one of the biggest travel season.

A total of 665 damage claims were filed regarding air travel service in the January-February period in recent three years while the number of such cases averaged 621 per two-month period from March to December, according to the agency.