이미지 확대
The Korean won stayed calm after the United States kept South Korea on its watch list for currency practices while lifting its designation of China as a currency manipulator on Monday.

According to the U.S. Treasury Department’s biannual foreign-exchange report, South Korea stayed on the monitoring list of countries that face close scrutiny to their currency practices. Other countries on the list include Japan, Singapore, Vietnam, Malaysia, Germany, Italy and Ireland. China was put back on the list after the Treasury dropped its designation of China as a currency manipulator while Switzerland was newly added.

Korea has been on the watch list since April 2016. In May 2019, it met just one of the three assessment criteria – with its current account surplus at 4.4 percent of its GDP – and was told by the Treasury that it could be dropped if it maintained this status in the next report.

But Korea added another strike as its trade surplus with the U.S. rose to $20.3 billion, exceeding the $20 billion threshold.

Korea’s finance ministry said exports to the U.S. rose due to increased sales of transportation equipment, while its current account surplus fell to 4.0 percent from the May report’s 4.4 percent.

“The U.S. viewed positively our efforts to make our foreign exchange policies more transparent, such as sharing information on foreign market interventions on a more frequent basis,” the ministry added. 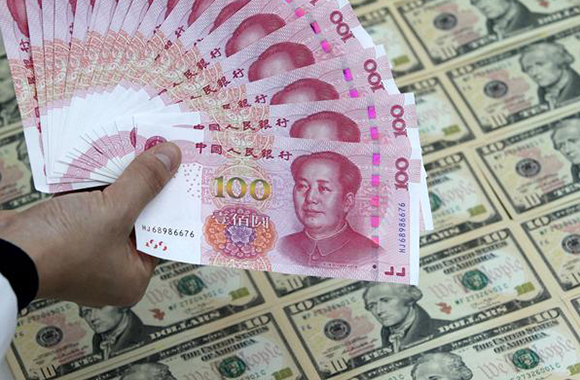 이미지 확대
Since last June, Korea has released information on currency market interventions every quarter rather than every six months.

As widely anticipated, the U.S. lifted its designation of China as a currency manipulator, just two days before the two countries are set to sign a phase one trade pact aimed to defuse the tit-for-tat tariff war that began in 2018. Washington had labeled Beijing a currency manipulator in August, accusing it of depreciating the value of the yuan to make Chinese goods cheaper.

"China has made enforceable commitments to refrain from competitive devaluation, while promoting transparency and accountability," US Treasury Secretary Steven Mnuchin said in a statement.

The Treasury noted that the Chinese currency has strengthened in recent months, and that Beijing pledged to share more information about its exchange rates.

Under U.S. definition, a country is deemed a currency manipulator based on the following three criteria: a trade surplus of more than $20 billion with the U.S. over the past year; a current account surplus of more than 2 percent of its gross domestic product (GDP); and repeated and one-sided intervention in foreign exchange markets that involves net purchasing of foreign currency of at least 2 percent of its GDP over the past 12 months. Countries that meet at least two of the three criteria or have a significant trade surplus with the U.S. are placed on the monitoring list.