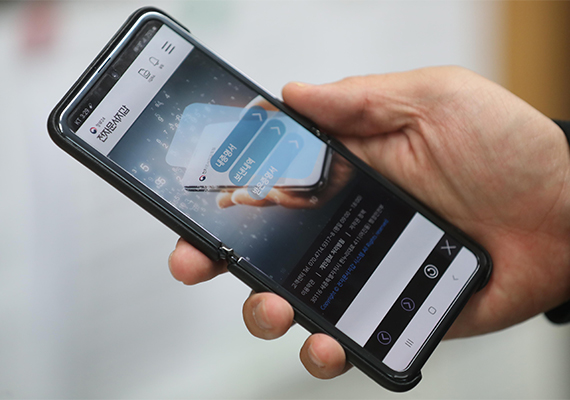 The South Korean government has raised the speed in migration to digital identification and electronic certificates.

The Ministry of Land, Infrastructure and Transport on March 20 began allowing Koreans to board a domestic flight with a digital identity downloaded from the government app after revising related laws. A ministry official said the revision was made after they found out that around 10,000 domestic air passengers are denied boarding every year for not having physical identification, and added that travelers will be able to get on an airplane only with mobile driver’s license that will be issued soon.

The government’s move to expand the country’s smart ID application is a result of its electronic identification pilot projects that it has carried out since last year. The pilot projects are due to be completed by June.

In line with the government’s decision, the country’s three mobile carriers – KT, SK Telecom and LG Uplus – are expanding digital verification services through PASS apps that enable users to log in various websites just with a phone number. They will launch mobile driver’s license service around May or June to allow drivers to show their mobile license to the traffic police.

Using mobile authentication based on block chain technology is expected to reduce the risk of personal information leaks because people don’t have to show or submit their physical ID cards that reveal their private information including address and resident registration number.

Samsung Electronics will also launch mobile driver’s license platform service based on Samsung PASS app in the second half of this year as it received government approval for the business on March 12.

By Lee Seung-yoon and Choi Mira