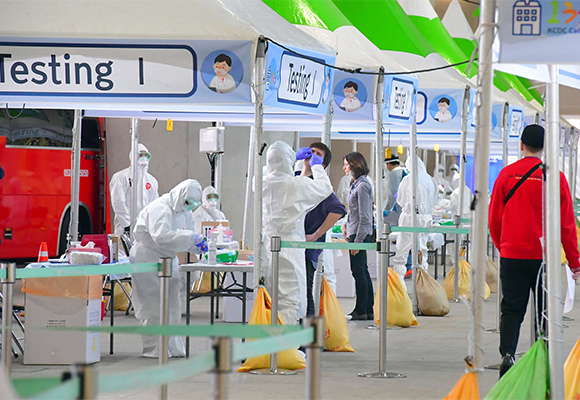 Anyone stepping into South Korea from April 1 will be required to stay isolated for two weeks regardless of their departure point and nationality as the number of coronavirus cases in the country ticks up from overseas arrivals.

The quarantine rule, to be effective from midnight April 1, will be expanded from arrivals from Europe and the United States to include all international entrants, Prime Minister Chung Sye-kyun said Sunday.

Foreigners would have to stay in state-designated facilities and pay 100,000 won ($82) per day, or a total of 1.4 million won for the two-week stay.

The quarantine also applies to short-stay visitors, whose movements until now had been monitored by phone. Those visiting for diplomatic or government related affairs would be exempted. 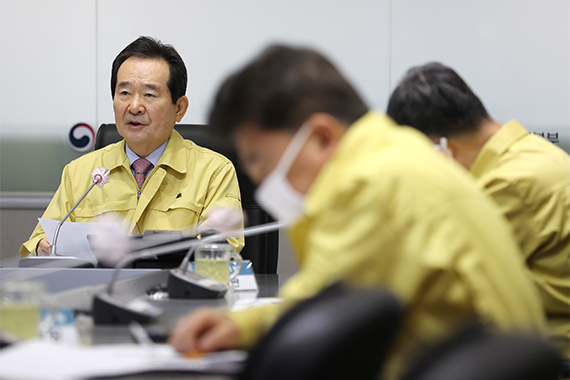 South Korea’s Prime Minister Chung Sye-kyun (left) speaks with senior officials and heads of local governments during a meeting in Seoul on March 30, 2020. [Photo by Yonhap]

The enforced measures are an effort to curb the new threat of imported cases. There were 105 new cases reported in Korea as of Sunday, of which 41 were from overseas. Over the past two weeks, 30 to 40 percent of new confirmed cases have been from foreigners or Korean nationals coming into the country.

Korea’s daily case count has hovered around 100 for the past two weeks. The virus has taken more than 150 lives and infected more than 9,500 people in Korea, with more than half of them recovered.