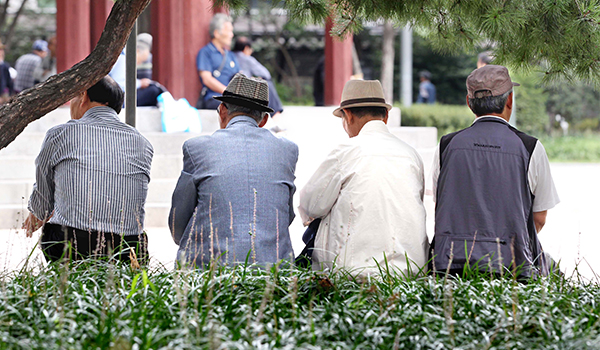 The country had more than 7.45 million people aged over 65 as of 2018, accounting for 14 percent in the entire population, with the number of people aged over 100 reaching 4,249. The nation will begin to see the number of retirees surge by 600,000 to 800,000 on average per year starting this year as baby boomers, those who were born between 1955 and 1963, start to reach retirement age in droves this year.

The number of the young old is expected to surpass 6 million for the first time this year and top 10 million by 2030, according to a study done by Maeil Business Newspaper. By 2040, one out of four Koreans will be aged between 65 and 75, driving the yold generation related industry to boom.

The Maeil Business Newspaper has been launching a campaign to make most of the young old generation through ‘yodilocks’, a term that comes from a ‘Goldilocks economy’ referring to one which enjoys sustained economic growth. 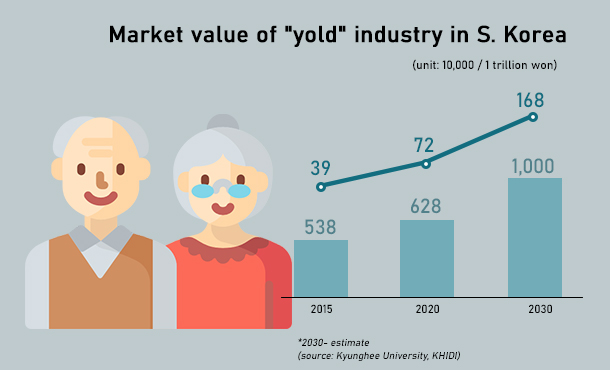 이미지 확대
The country has been lagging behind others in coming up with measures to utilize this active seniors and preoccupy the senior industry, according to Lim Ki-woong, CEO of senior care equipment provider Lundal UDCares Co. Experts suggest Korea should incorporate the industries that it has global competitiveness such as medical, construction, telecommunications including 5G network and semiconductors to develop new products and services and nurture the senior market.

“Korea has already got what it takes to get way ahead of other countries in the market for the active seniors,” said Kim Jung-geun, a professor from Kangnam University, adding that we should come up with creative ideas to make the most of those strengths.

As old people make up a large share of the population, retaining them in the workforce would create a virtuous cycle where their active labor force participation leads to buoyant consumption and more job creation, according to Lee Doo-hee, a professor from Korea University.