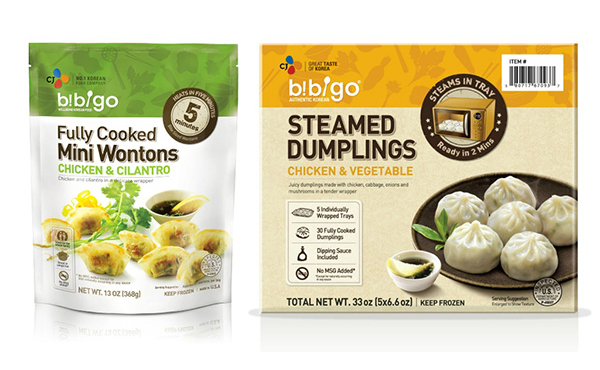 South Korea’s food producers and retailers are running their operations in the U.S. at full capacity as Americans are stocking up frozen and shelf-stable food amid virus scare.

The nation’s food giant CJ CheilJedang Corp. has been operating its dumpling factory in California, New York and New Jersey at full capacity even on the weekends due to the surging demand for ready-made-food products. An official from the company said it will operate home meal replacement (HMR) plants in full scale as orders for frozen dumplings, ready-to-eat rice Hetbahn and its U.S. subsidiary Schwan’s frozen pizza products from large retailers more than doubled in the second week of March.

CJ CheilJedang has 22 facilities in the U.S. that produce instant food products under Bibigo brand, frozen foods and ready-meals. 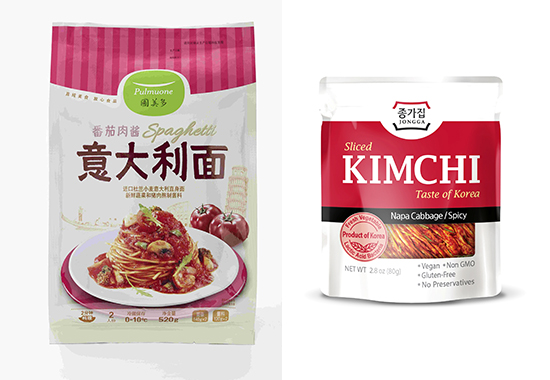 [Photo by Pulmuone and Daesang Corp.]

Another Korean food producer Pulmuone Co. also saw its sales of instant noodles increase two to three-fold in the U.S. this month compared to the same period last year. The company expanded its Tofu-centered product portfolio to Asian noodle products including teriyaki stir-fried udon and Korean style black bean noodle called Jajangmyeon in 2015. Most of the noodle products are manufactured at its Eumseong plant in North Chungcheong Province, and the facility is capable of handling the soaring demand, according to an official from the company.

Daesang Corp.’s representative Jongga Kimchi has also been flying off the shelves in the U.S. and Europe, selling out stocks for 45 days in just a week. A company official said all of the stocks at Geochang plant in South Gyeongsang Province have run out, adding that it will push ahead with its plan to establish a Kimchi factory in the U.S. within the year despite rising uncertainties from the outbreak.

The boon may not last and food producers may also experience setbacks from virus spread including difficulties in setting up meetings with local partners and finding new distribution channels.

Disruptions in customs clearance and product unloading due to cross-border restrictions and reduced on-site workers could also damage sales as delayed unloading leads to huge storage costs, according industry experts.

By Shim Hee-jin and Choi Mira