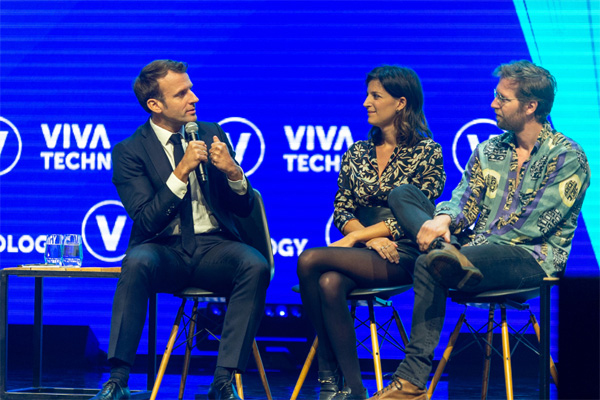 French President Emmanuel Macron, left, talks with other speakers at VivaTech in May, 2019. (Source=VivaTech)

Maekyung Media Group announced Tuesday that it signed a contract with VivaTech to become the sole media partner from South Korea at the VivaTech 2020 taking place in Paris, France on June 11~13, 2020.

VivaTech has media partners, mostly from Europe and the U.S. including New York Times, Financial Times, CNN, CNBC, Bloomberg, and LE TEMP. It is the first case that an Asian media makes a VivaTech’s media partner.

이미지 확대
VivaTech, which was launched by Les Echos and Publicis Groupe in 2016, developed into Europe’s largest startup festival. French President Emmanuel Macron has shown up every year since he took office in 2017. Last year, VivaTech attracted over 120,000 participants including 13,000 startup people and 3,300 investors. Main speakers to VivaTech included Jack Ma, Founder of Alibaba; Satya Nadella, CEO of Microsoft; Ginni Rometty, CEO of IBM; Dara Khosrowshahi, CEO of Uber: and so on.

VivaTech also offers a variety of networking opportunities for startups and investors so that they can match for businesses.