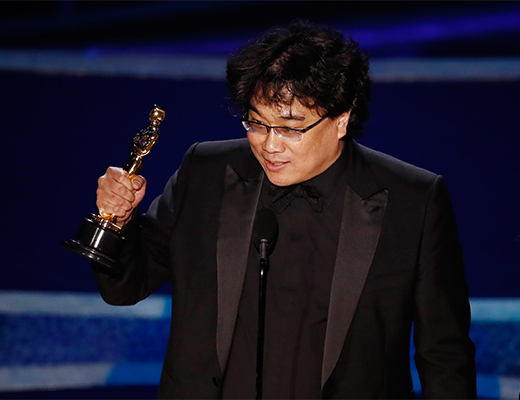 While on stage to accept the Best International Feature Film, previously known as the best foreign-language film, Bong said through his translator that he was “so happy to be the first recipient under the new name,” and supported “the new direction that this change symbolizes.” He also thanked his fellow nominees and movie legends Martin Scorsese of The Irishman and Quentin Tarantino of Once Upon a Time in Hollywood when he took the stage to receive the Oscar for Best Director. 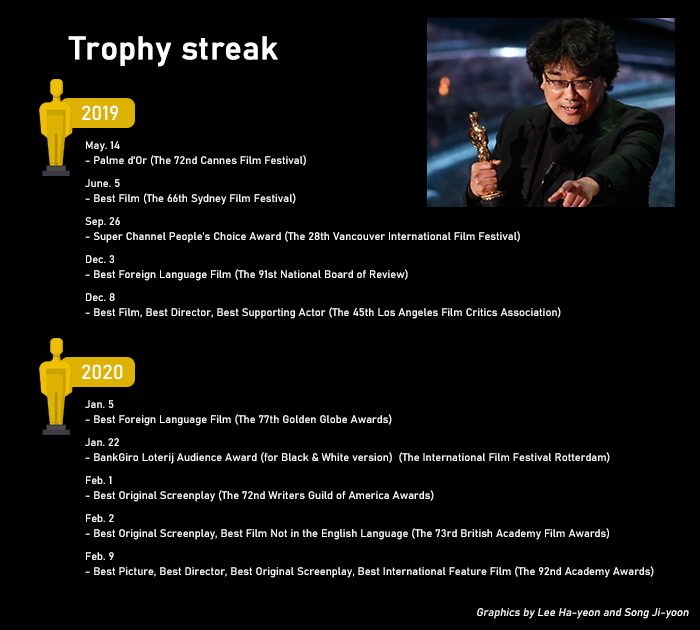 이미지 확대
The Oscars extend the trophy counts to over 130 in major overseas film awards since the film stunned the world through the win of the Palme d’Or at Cannes film festival in May 2019. The satirical suspense thriller takes a look at the modern society’s class divide by depicting a story of an impoverished family who infiltrate the life of a very wealthy family. 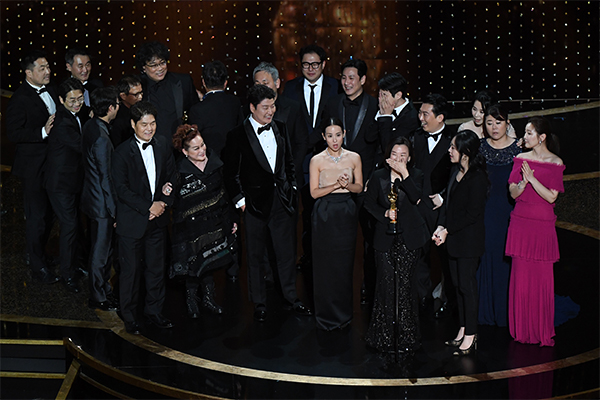