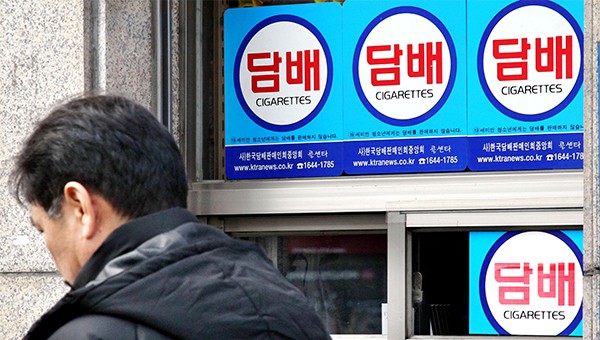 The Seoul Central District Court on Friday ruled against the plaintiff in a compensation suit filed by the state health insurer against three tobacco companies KT&G Corp. and local units of British American Tobacco and Philip Morris.

The insurance authority expenses the insurance coverage at residential care centers under the national health act, the court said, disagreeing with the reasoning for compensation for reduced assets from insurance payout.

The bench also could not find the defendants’ fault in the increased spending as illness can come from various other factors than smoking.

The ruling comes after NHIS filed a suit 53.3 billion won ($47.9 million) suit against the three tobacco companies in April, 2014, demanding them to make up for additional treatment costs it had to bear due to smoking. The amount includes fees NHIS had to pay between 2003 and 2013 for individuals with three highly cigarette-related cancers that smoked for 30 years or more and smoked one or more pack of cigarettes every day for 20 years.

NHIS said it was disappointed by the ruling as it worked hard to draw legal recognition for the damage from smoking and plans to appeal.