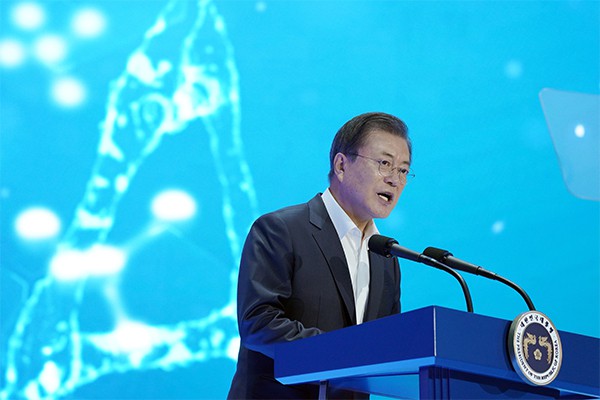 South Korea envisions becoming a bio powerhouse by spending 10 trillion won ($9 billion) over the next three years to strengthen the habitat from pharmaceuticals to medical devices and digital healthcare tools, with the government promising extra support to novel drug project that can be a billion-dollar seller.

“We must commit to bio because we have proven we are good at it,” President Moon Jae-in said Wednesday as he delivered the vision at Songdo Campus, home to bio manufacturing giants like Samsung Biologics and Celltrion.

He estimated that Korean names would be able to roll out cure and treatment for Covid-19 possibly within the year. 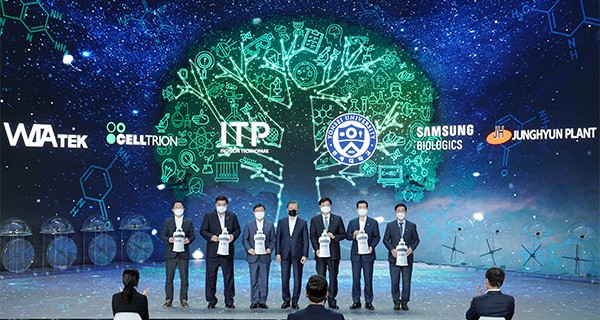 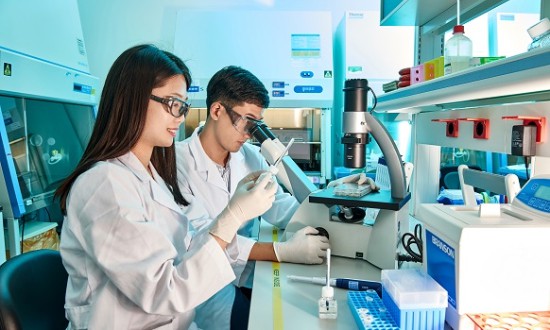 South Korea’s bio-health industry has grown at a rapid speed. Exports of pharmaceuticals and medical devices steadily increased from $7.23 billion in 2017 to $8.28 billion in 2018 and $8.91 billion in 2019. This year’s figure tallied for the first 10 months was $10.07 billion. The number of employees in the bio-health industry increased from 920,000 in the fourth quarter of last year to 941,000 in the third quarter of this year, and about 30,000 new jobs were created in the period.

The government`s R&D budget in bio-health for next year was set at 1.7 trillion won, up 30 percent from this year.