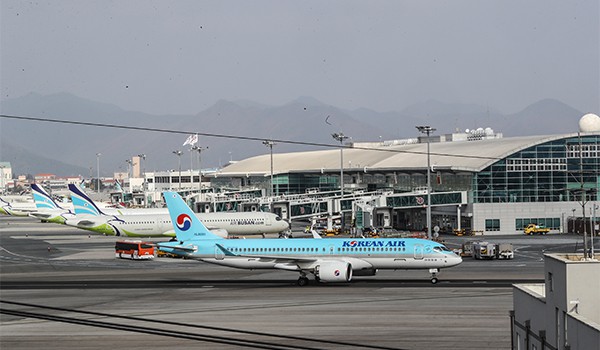 A new regional airport has become a hot button in South Korea as local governments are pushing ahead with airport projects to revive their regional economies regardless of their feasibility, leading the central government to step in to put the brakes.

The most controversial city is Busan. The necessity to add a new air gateway in the southeast region of the country was first brought up in 2002 when a Chinese passenger jet crashed into Dotdae Mountain while landing at Gimhae, killing 129 and injuring 37. After a number of political bickering, the former Park Geun-hye government decided to add a runway to the existing Gimhae International Airport in 2016 without establishing a new one.

But former Busan mayor Oh Keo-don who stepped down earlier this over sexual misconduct had pushed for a new airport construction on Gadeok Island in Busan to win popularity from residents. With a mayoral by-election approaching in April next year, South Gyeongsang Province and Ulsan city teamed up to bid for Gimhae airport expansion plan.

The Prime Minister’s Office on Tuesday after a feasiblity investigation struck down the idea, finding safety concerns when Gimhae airport is expanded. 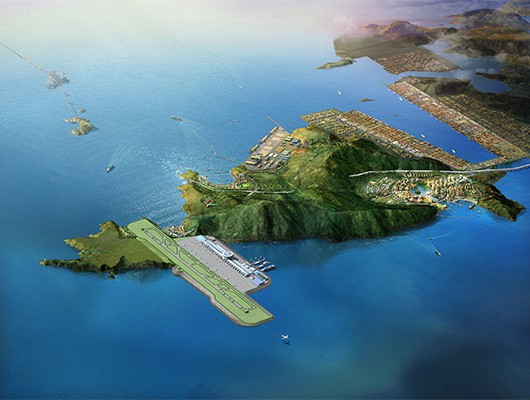 Daegu city government and North Gyeongsang Province reached an agreement in July to build a new airport in two counties in the province – Gunwi and Uiseong. They aim to open it in 2028.

Jeju city announced in 2015 that it would add a new air gateway to share the demand for the Jeju International Airport that was named one of the busiest airports in the world, but the plan has been up in the air due to the fierce opposition from civic and environmental groups.

North Jeolla Province has been pushing for a new airport construction in Saemangeum, a reclaimed coastal area, as the project was part of the Moon Jae-in administration’s campaign pledges. Despite its low economic feasibility, the Ministry of Land, Infrastructure and Transport that set aside 780 billion won ($704.5 million) for the project has now been drafting a basic plan to achieve its goal to break ground in 2024 and complete the construction in 2028. 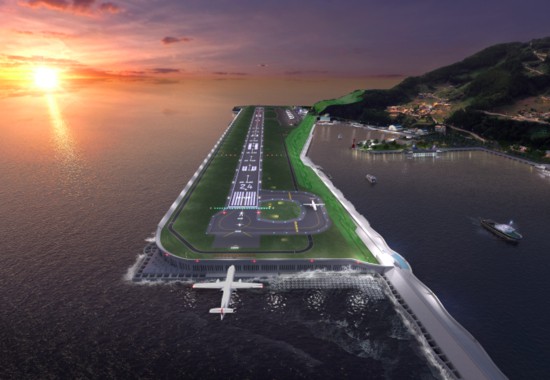 [Photo by The Ministry of Land, Infrastructure and Transport]

The plan to build a small air gateway on Baengnyeong Island in Incheon will go through the review of the Ministry of Economy and Finance next month. Uleung Island will soon break ground for an airport for small planes capable of carrying less than 50 passengers. It is scheduled to open in 2025 with an allocated budget of 665.1 billion won.