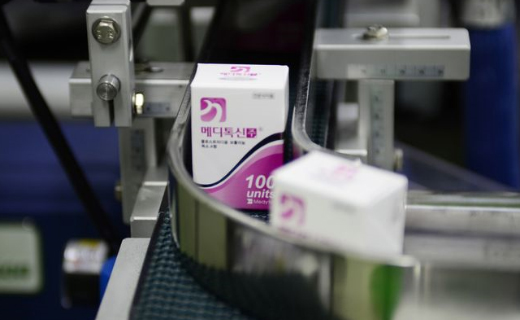 South Korea’s botulinum toxin maker Medytox can continue to manufacture and sell its products until the end of an ongoing trial after the country’s highest court rejected an appeal by the healthy authority to stop sale of the company’s botox products.

On Tuesday, Supreme Court ruled not to hear an appeal by the Daejeon Regional Office of the Ministry of Food and Drug Safety, which is resisting an appellate court’s decision over its revocation of licenses for Medytox botox products.

In June, the health ministry revoked the permit of Medytox’s 50-unit, 100-unit and 150-unit Meditoxin products, saying that the company was found to have used an unapproved ingredient to obtain its marketing license.

The lower court in Daejeon where the company is headquartered defended the ministry’s decision, but the regional appellate court ruled in favor of Medytox, allowing the company to market its products until the end of the ongoing trial over the ministry’s decision to revoke the licenses of the three products. Soon the Daejeon Regional Office of the Ministry of Food and Drug Safety appealed to the Supreme Court.

It’s good news for the company but another challenge is looming as Medytox is at risk of losing two more of its product licenses after the ministry announced on Oct. 19 that the 50, 100, 150 and 200 units of Meditoxin and Coretox violated the law by trading overseas without the agency‘s permission to leave the country.