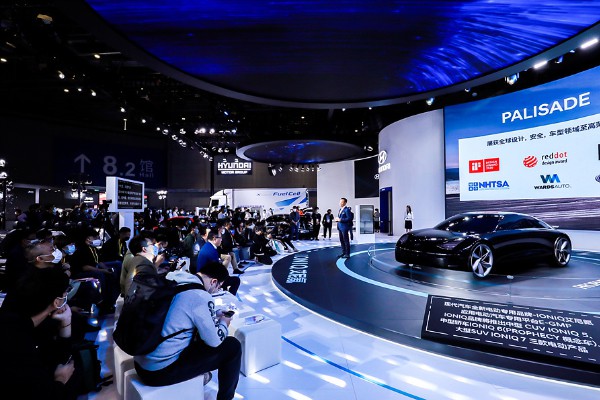 U.S. President-elect Biden has vowed to introduce a policy target to reach net zero carbon emissions in the U.S. by 2050. He has also pledged a $2 trillion climate plan over his four-year term that focuses on establishing environmentally-friendly industry infrastructures.

Biden detailed plans to set up 500,000 EV charging stations in the U.S. by the end of 2030 and replace 500,000 school buses and 3 million vehicles in the federal fleet to clean cars including EVs.

The U.S. is also expected to rejoin the Paris climate control agreement Trump had bolted out.

Based on Biden’s pledges including generous incentives to EV buyers, EV sales in the U.S. are expected to jump by an annual average of over 18 percent from this year to 2025, allowing the total number of EVs to hit 1 million units.

To benefit from the new green car policies, global finished carmakers are expected to go all out to meet requirements to build manufacturing sites in the U.S. Volkswagen Group, the world’s largest automaker, plans to double its EV production from next year and suspend development of combustion engine cars. It also plans to introduce 27 EV models by 2022. In particular, the German auto giant aims to kick off EV production in early 2022 at its EV lines in Chattanooga in Tennessee, the U.S. The center will operate a high voltage laboratory with an aim to directly develop EV-use batteries that will be assembled in the U.S.

Last month, General Motors also announced a $2.2 billion investment plan to boost EV production in the U.S., committing to an investment of more than $4.5 billion altogether from last year. Ford also plans to expand EV production in Mexico and Canada and expand into U.S. market.

이미지 확대
Hyundai Motor Group, the owner of Hyundai Motor Co. and Kia Motors Corp. hopes it can take on its global rivals with its dedicated EV platform, dubbed Electric-Global Modular Platform (E-GMP) that will allow installation of a battery in the bottom of the car. It expects its EV platform to help reduce overall EV manufacturing costs and boost production efficiency.

Hyundai Motor and Kia Motors plan to release two EVs on E-GMP – Hyundai Ioniq 5 and Kia CV – in the first half of next year and manage 44 electrified cars including 11 EV models by 2025.

Hyundai Motor – which ranked No. 4 in the world’s EV market this year – aims to command 10 percent in the market by selling 1 million units in 2025.

Because only EV produced in the U.S. would get subsidies, Hyundai Motor must produce its EVs in the U.S. But it would not be easy to build separate EV manufacturing lines in the U.S. due to concerns over possible hikes in corporate taxes under Biden. Also it needs nod from Korean unionize workers to have EV lines in the U.S., said Lee Hang-koo, a senior research fellow at Korea Automotive Technology institute.