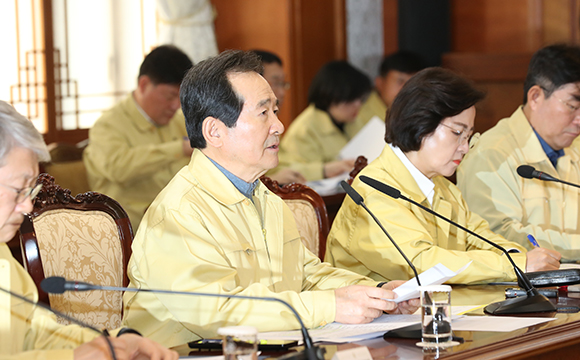 Prime Minister Chung Sye-kyun speaks during a meeting in Seoul on Feb. 2, 2020. [Photo by Kim Jae-hoon]

South Korea has banned the arrival of foreigners from China’s Hubei province, the epicenter of the novel coronavirus outbreak, but wavered on whether to suspend short-term travel visas to Chinese tourists.

The entry ban will be effective Tuesday, Prime Minister Chung Sye-kyun said after an emergency meeting on Sunday. Korean nationals arriving from Hubei would have their local address and contact information noted upon entry and spend up to 14 days in self-quarantine, he added.

The United States, Australia, Japan and Singapore have also denied entry to foreigners who have recently been to China, in efforts to contain the rapid spread of the virus.

As of Monday, the virus has killed 300 people and infected more than 14,000 worldwide. At least 15 cases have been confirmed in South Korea.

Koreans would also be restricted from traveling to China. The government is considering raising its travel warning advisory for China from “restraint” to “withdraw,” and banning all tourism to the country. 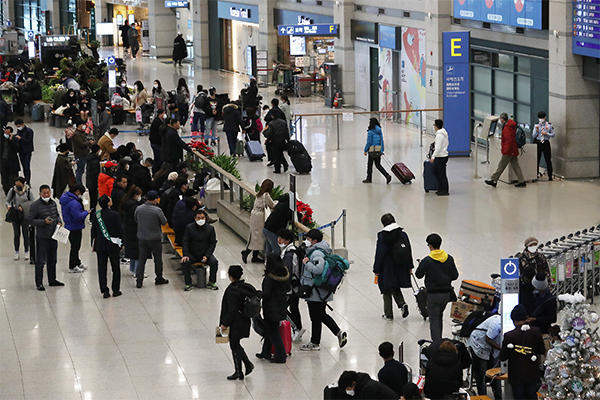 The Korean government, however, came under fire for its dithering over whether to suspend the issuance of short-term travel visas to China. It originally announced that it “plans to suspend visa issues” but revoked the statement two hours later, saying the plan was “under review.”

The same flip-flopping was manifest in its policy regarding the visa-free Jeju Island. It first said it would “suspend the visa-free entry program for foreigners arriving from China,” but then deleted the phrase “from China,” a move critics say was made to avoid inciting the wrath of Beijing.

Korea’s central committee in charge of disease control said the measures should have been “fully discussed with the foreign ministry” but that some were “misstated in the process of announcing them in haste.”

The government advised schools in high-risk areas to delay the start of the spring semester or adjust their curriculum schedules in coordination with the education minister and related city or municipality officials.

이미지 확대
To prevent the hawking of face masks or hand sanitizers that have been in short supply, Seoul plans to enact a law early next month that bans the resale of such items at inflated prices. It said it has secured a supply chain with manufacturers to produce 10 million masks every day and will monitor the market on a daily basis. The country has an inventory of 31.1 million masks, according to the government.