South Korea is doubling down on its vision to create a hotbed for artificial intelligence chips across Yonggin and Pyeongtaek in Gyeonggi Province and become a powerhouse in neural chips.

The Ministry of Science and ICT and the Ministry of Trade, Industry and Energy announced the AI semiconductor development scheme after a ministerial meeting presided by Prime Minister Chung Sye-kyun on Monday.

The government will promote development and production of 50 types of hit AI chips to command a 20 percent share in the global market and nurture 20 promising companies with 3,000 experts by 2030.

AI chips, often called neural processing units (NPUs) rely mostly on non-memory chips to process and send data in parallel as the human brain works. It is essential in the AI era, in which a huge amount of big data flows in real time at high speed.

The AI semiconductor market is expected to grow fast to up to $117.9 billion by 2030, according to the government.

To take the lead in the market, the ICT ministry plans to build related infrastructure near the capital city of Seoul to develop advanced production equipment and materials. Chips produced under the project will be tested at public and private data centers. 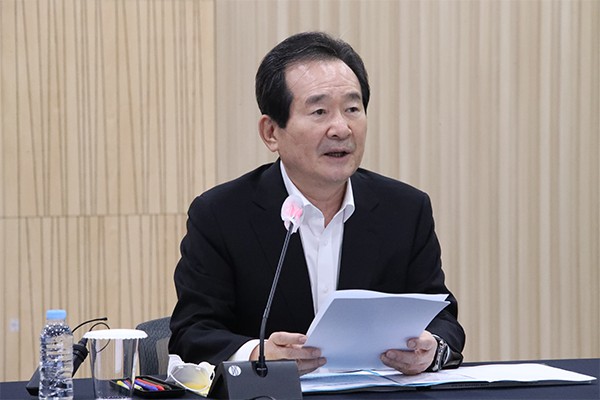 To groom innovative companies, an AI chip designing center will be built in the global business center, which is now under construction in the second Pangyo industrial complex. The new center will provide an area to support AI fabless chip designers, technology support teams and professional training programs to enhance the AI capabilities.

Public and private investment will be used to establish an academic program to foster the growth of 3,000 designing professionals over the next 10 years.

The government early this year announced its plan to spend 1 trillion won ($869 million) to develop AI chips through 2029. The ICT ministry plans to put the next-generation chip on the Korean New Deal project list for 20 trillion won state aid to help attract more financial support, on top of 70 billion won from another fund tied to the semiconductor industry.

“With the project, Korea will become an industry leader in AI chips as well as keep comfortable lead in memory chips,” said industry minister Sung Yun-mo.

By Oh Chan-jong and Lee Ha-yeon