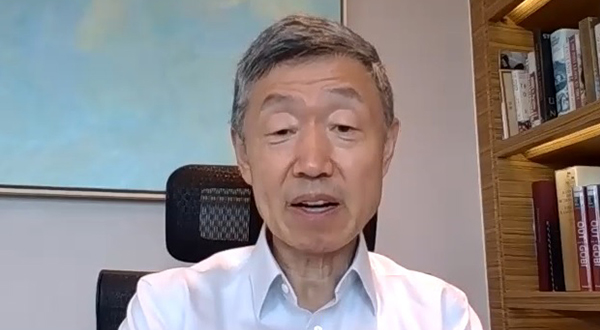 이미지 확대
The 1999 sale of Korea First Bank to California-based Newbridge Capital marked the first Korean bank sold to a foreign capital, with the fund still poorly stigmatized for making big money in a fire sale in the country under international bailout fund following a liquidity crisis in 1997-1998.

Newbridge paid roughly $500 million for a 51 percent controlling stake in one of the biggest banks in Korea and also had the government promise to absorb any bad loans discovered over the following two years. Five years later in 2005, it cashed out in a $3.3 billion deal to London-based Standard Chartered.

Newbridge claims it was a fair deal and tidied up the bank enough to win an international suitor.

"The government has pushed us to the limit," said Wei Jian Shan, who was in charge of all things related to the acquisition of Korean First Bank (KFB) for the Newbridge Capital, in an interview with Maeil Business Newspaper.

According to his new book "Money Games", Newbridge had even considered a massive lawsuit against the government. At its headquarters in San Francisco, USA, David Bonderman, chairman of TPG, a private equity fund with billions of funds considered a lawsuit. He opted not to pursue in respect to Korean officials who tried to squeeze the last drop by sometimes pressuring the Newbridge.

The interview was conducted in video and e-mails.

Following is the full text of the interview.

▶ There was a lot of controversy over the connection between those who had advised Newbridge and government officials. How do you remember the situation at the time?

- "We negotiated directly with government officials on the crucial issues. Government officials were very very difficult to negotiate with and very tough because they were fighting for the interest of Korea. Just looking at the whole process of negotiations, it took 15 months, more than a year."

▶ What would you have done if you were a government official at that time?

- "I never thought about it, but in my book I did describe why the deal was so difficult. That was because there was lack of trust. So I (at March 2, 1999) disclosed the fund`s profit model that Newbridge expects to government officials. And then (at November 20, 1999), just before the conclusion of the main contract, if the government makes a mistake in writing the contract, we offered a full refund. I did those because I thought that trust between the two is so important."

▶ Nevertheless, why did people like Lee Hun-jai, then chief of the Financial Supervisory Commission, describe you as `a person hard to read`?

-"I have a deep respect for Minister Lee. (He said he also read Lee`s memoirs in rough translation) Although negotiations with him were very difficult and frustrating, he was intelligent, knowledgeable, and tough. I wasn`t able to read his mind either. But that is the nature of a negotiation."

▶ It seems that the government did not want Newbridge to make a lot of money.

▶ Newbridge Fund No. 1 had no cash, and Fund No. 2 was being raised. The negotiations were conducted without the fund to acquire the First Bank of 500 billion won.

-"I replied to Minister Lee that capital was not an issue. That`s how private equity operates. Newbridge had a close relationship with institutional investors such as MetLife Life Insurance, Bank of America, and GE Capital and many others, and as the parent company TPG was a multi billion fund."

- "Not necessarily so. Investment always comes with risks. In the 1980s, when KKR acquired RJR Navisco for $25 billion, it invested only $3 billion in equity capital, the rest was borrowed debt, but investors have been unable to sell it for 15 years and eventually lost money. Investment is a risky business. KFB could have returned high returns, but we could have lost money."

▶ People still tend to asks "What Newbridge did to KFB?"

-"We did not cut manpower after taking over the bank. Bain & Company advised a restructuring plan for 1,000 people, and it got leaked to the media. But we never accepted the suggestion. Instead, we decided to increase the bank`s assets. The bank introduced a performance evaluation system based on merit rather than seniority. We broke tradition by hiring and promoting more talented women. As a result, the KFB`s per capita asset size in four years became the industry`s first. More importantly, we introduced the best in class risk management system and built a credit culture."

▶ There is an allegation that the White House pressured President Kim Dae-jung to sell KFB.

-"After President Kim Dae-jung was elected, he was very interested in bank restructuring. I think the talk of the sale of KFB naturally came out through talks between the two. In particular, because Newbridge is an American company, President Clinton may have been more interested. I don`t think David Bonderman (who was Newbridge`s final decision maker) knew anyone in the White House or he would have told me."

▶ In your book, there are also records of luxurious trips to such as ski resorts, Jeju Island, Bali, etc. during the deal. How should Koreans, who have suffered a lot of pain from the deal, accept this?

-"I am a very simple and humble man. After working as a laborer in the Gobi Desert, I came to the United States and started my first education. So I`ve never taken any food for granted. Yongpyong and Jeju were short personal holidays during Christmas and Lunar New Year, together with tens of thousands of Korean visitors. Bali was an investors conference. The private equity industry works for the world`s best financial institutions. We held an investors conference once a year."

▶What was your motive for writing this book?

-"As far as I know, there was no book that was described by insiders on everything from the entry to the exit of private equity deals. There were books like `The Barbarian At the Gate` that documented KKR`s acquisition of RJR Navisco, but these are all written by outsiders such as journalists. Through this book, I wanted to inform the process of how the best bank in a country could be revived through the cooperation of government and private equity during the crisis of Korea. I thought I owed to the Korean people and the investor community what happened and what lessons were learned."