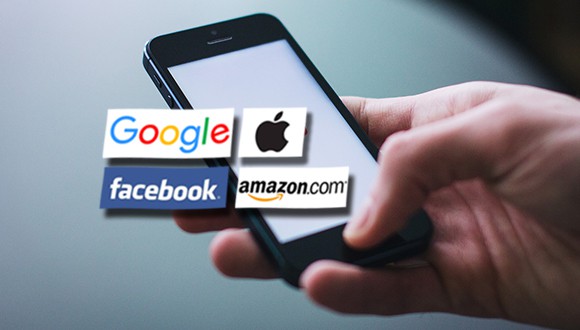 According to data from the National Tax Service (NTS) disclosed to Park Hong-geun, a lawmaker from the ruling Democratic Party, 134 IT multinationals based offshore including Google, Apple, Facebook, Netflix and Airbnb paid a combined 236.7 billion won ($205.1 million) in value-added tax (VAT) last year. It is estimated that the foreign tech firms made at least 2 trillion won in sales in Korea given the 10 percent tax rate.

Although the tax payment increased sharply from 23.3 billion won in 2015 when Korea began imposing VAT on multinationals, the amount still fell far below what local companies pay, considering the Korea’s biggest tech firm Naver pays around 450 billion won in corporate tax a year.

Korean platform operators have long been complaining that their foreign rivals do not pay their fair share of dues citing lack of physical presence in the host country. Last year was the first year that the multinational tech firms paid a 10 percent VAT on online ads, cloud computing, sharing and online-to-offline services after a law revision passed the National Assembly at the end of 2018.

“Foreign companies’ tax payment increased thanks to the revision, but they still pay too little compared with local counterparts,” Park said. The government exempts the foreign firms from various surcharges to encourage them to disclose their detailed financial information but it reversely discriminates against local players, he added, arguing that the government should impose sanctions on foreign firms that underreport their income like other countries.