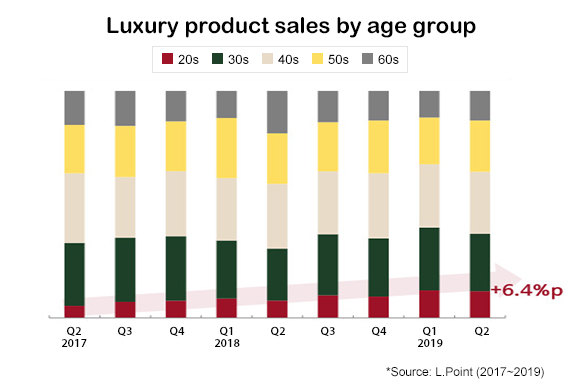 이미지 확대
The young age used to self-display in social media have fueled growth in luxury products in Korea, a consumer study showed.

According to a report released by Lotte Members, an operator of Lotte Group’s membership reward service L.Point, on its transaction data analysis, twenty-something Koreans bought around 44,000 luxury items in the second quarter ended June this year, up 7.3 times from 6,000 transactions in the same period in 2017.

Their share in the luxury market also grew from 5.4 percent to 11.8 percent during the same period while the market more than tripled in size.

Lotte Members also conducted a survey on 3,322 people who purchased high-end goods over the past six months and found that 23.4 percent of the respondents in their 20s were students who don’t have any fixed income sources. About 43 percent of them were office workers. 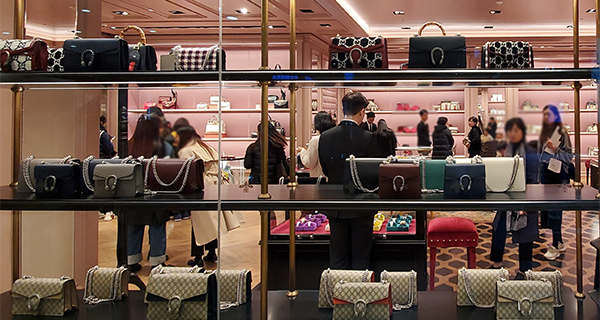 이미지 확대
The report said the growth of the upscale market this year has largely been led by people aged between 20 and 30 who like to show off their experiences and highly value product quality. The bragging behavior by young consumers born in the 1990s called ‘flexing’ has been leading the sales of prestigious brands, the company said. Flexing is a new cultural trend where people unabashedly show off their wealth and privileged lives on social media for self-indulgence. There are more than 39,000 posts tagged as ‘flex’ at social networking services, in which users flaunt their purchases of luxury products and limited items.

The survey also found that young consumers’ self-centered lifestyle has driven the growth of the luxury market, with 71.6 percent of the respondents in their 20s saying they think themselves is the most important in their lives, compared to 65.8 percent by all age groups.

“Amid widening income inequality, both low-end and high-end markets are rapidly growing,” according to Hwang Yoon-hee, head of big data division at Lotte Members. “The luxury market in Korea is expected to continue to flourish on increase in spending by young buyers.”

By Lee Yoo-jin and Choi Mira