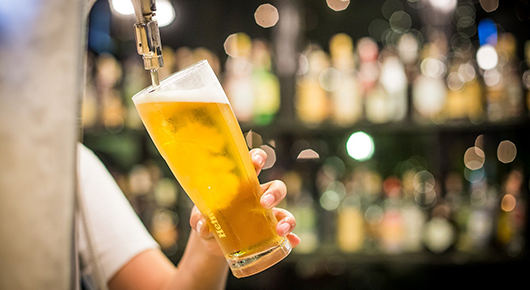 이미지 확대
Korean shops would be able to sell self-serve, or capsule, beer after the legislative changes the liquor act for the first time in 31 years to redefine marketable liquor.

The rivaling parities on Thursday agreed to pass the revised bill after startup brewer IntheKeg petitioned for commercialization in its innovation on capsule brew.

Under the revision, the definition of ‘liquor’ will be expanded from current threshold of ‘a beverage with 1 percent alcohol by volume (ABV) or above’.

IntheKeg won the CES 2020 Innovation Award early this month for its invention on instant capsule-based beer products in 2017 for the first time in the world. The nation’s tax authority National Tax Service (NTS) recommended the company receive marketing license because the products should be recognized as liquor, but it was denied as liquor because it is non-alcoholic before the capsule opens. The company considered moving its business to the United States due to the regulatory hurdles.

The revision of the law would become a huge motivation for the government to ease and amend existing regulations to promote businesses of innovative startups, according to Yang Soon-pil, director of environment and energy tax at the Ministry of Economy and Finance.

In addition, the government plans to allow bars and restaurants to sell beer out of capsules without a separate brewery license. Currently, only a business with marketing permits can sell craft beers.