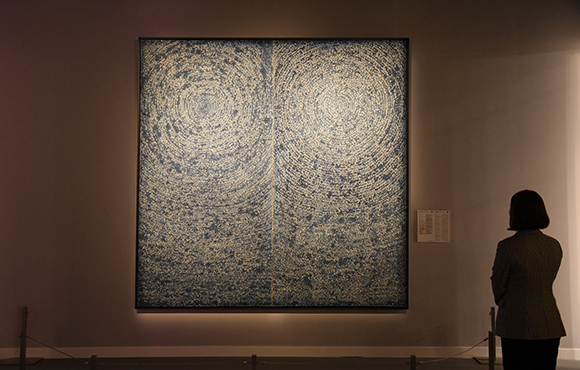 이미지 확대
Kim Whanki, a pioneer of abstract painting in South Korea, set a new milestone in Korean art history, with his largest painting sold at a record price at Christie’s autumn auction.

Kim broke his previous record set in May 2018 when his red dot painting “3-Ⅱ-72 #220” fetched 8.53 billion won ($7.25 million) at the Seoul Auction’s Hong Kong sale. Nine of the 10 most highly auctioned artworks in Korea belong to Kim, with Lee Jung-seob’s “A Bull” ranking ninth.

The bidding for Universe started at HK$40 million but in less than 10 minutes shot up to more than double the amount. The winning bid was reportedly made by Song Ja-ho, collector and curator at M Contemporary Art Center in Seoul, who is said to have pooled funds from friends to keep the Korean abstract masterpiece at home. The final price, including commissions, is estimated to reach HK$102 million.

By crossing the $10 million threshold, Kim has opened the way for more Korean artworks to gain recognition on the international stage, noted Lee Ok-kyoung, chief executive of Seoul Auction.

Universe is the only diptych that Kim has painted and his biggest work, spanning 254 centimeters in width and length. The two canvases express a duality – sun and moon, light and shadow, man and woman, yin and yang – underlying the core energies of the universe. 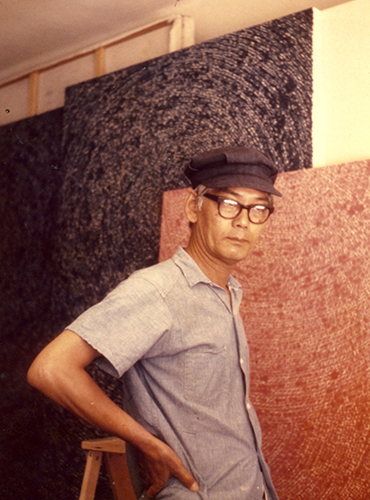 이미지 확대
“Kim painted Universe during the height of his career when he was residing in New York from 1963 to 1974, making it a piece of both rarity and aesthetics,” said Park Mi-jeong, director of Whanki Art Museum. “He seems to have been inspired by the waters and skies of his hometown in Shinan and the broader universe, condensing them in the form of blue dots and circular patterns to express the essence of nature.”

Universe was first displayed in 1971 at Kim’s private exhibition in New York’s Pointdexter Gallery. It was later bought by his wife and doctor, who have held on to the work for the past 40 years. In 2004, they donated the painting to Whanki Art Museum in Seoul to allow more Koreans to enjoy the work.

By Jeon Ji-hyun and Kim Hyo-jin