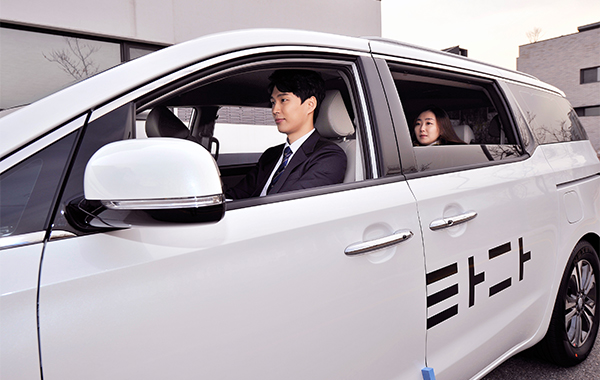 According to a poll by Incruit, a local job seeking site, on 4,326 Korean adults, 47 percent said Tada should be legalized while 19 percent thought it should be banned.

Among salaried workers, 22 percent said they have used the ride-hailing app and 45 percent wish to continue using it. The frequency rate remained low due to the restricted service – 32 percent said they used it once or twice every three months and 29 percent one to three times a month.

Respondents said the biggest pro of ride-hailing was that it saved time on catching a cab (39 percent). Not having to deal with taxi drivers refusing passengers (33 percent) and the app’s convenient payment system (27 percent) were also part of its appeal.

The long-simmering debate on ride-hailing in Korea came to a head last week when prosecutors indicted Tada chiefs after accusing the company of running an illegal taxi service. The rental van-hailing operator had been the sole market survivor in Korea after big names like Uber and Kakao pulled out in the face of die-hard taxi drivers.

Founded in October 2018, Tada has since drawn 1.3 million subscribers and 9,000 registered drivers.