Actresses, stars no longer can be face of soju under new anti-drinking policy in Korea 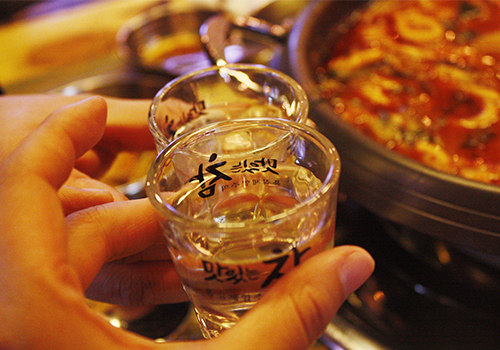 이미지 확대
Korean female celebrities can no longer go on labels of soju and beer bottles as the government becomes wary of the country’s notorious booze habit.

The Ministry of Health and Welfare said Monday that it is considering revising the national health promotion act to prohibit liquor makers from using celebrity pictures on the bottles of their products to strengthen its sobriety campaign.

The decision came amid a growing criticism that the nation’s anti-drinking policy is too weak compared to its anti-smoking campaign, although alcohol and cigarette are both the class-one carcinogen that boosts the chance of getting life-threatening diseases such as cancer and high blood pressure. Korea is the only country among the members of the Organization of Economic Cooperation and Development (OECD) that allows celebrity photos on liquor bottles such as soju, the Korean traditional distilled rice liquor. Idol stars and actresses usually are the faces of soju, the most consumed spirit.

Critics also point out that the government allocated a budget amounting to 138.8 billion won ($119.6 million) this year for anti-smoking policy, compared to just 1.3 billion won for temperance campaign. They argue the government should at least ban liquor companies from using appealing pictures at a time when it is toughening its no-smoking campaign by forcing cigarette packages to carry graphic images.