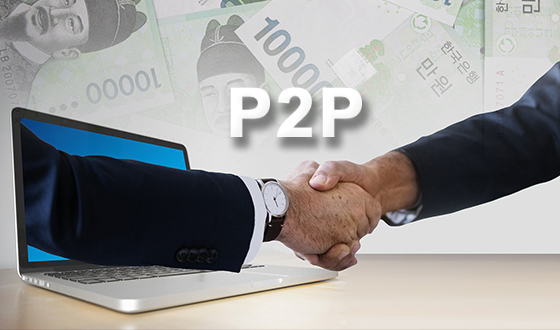 이미지 확대
South Korea has passed a new law dedicated to specifically peer-to-peer or marketplace lending, clearing up the legal gray areas for the practice of lending money to individuals or businesses through online services that match lenders with borrowers.

The so-called Act on Online Investment-Linked Financing first billed 27 months ago would be the first law in the world solely for P2P players.

Under the new law, the minimum capital is set at 500 million won ($430,000) for P2P lenders to gain a license. P2P lenders are also required to draw a line between funds raised through P2P lending and their own working capital. The law also allows securities brokerage houses, private equity funds, private lenders, as well as P2P lenders themselves, to invest in P2P loans, which are currently limited to retail and institutional investors.

The law will play as a regulatory guideline for P2P lenders, which represents the first financial industry law in Korea since the birth of the Credit Business Act in 2002.

In Britain, where the first P2P lending firm ZOPA was formed, P2P lending practice began to be regulated in 2014 after related laws were amended. In the U.S., where Lending Club and SoFi are active in the marketplace lending industry, regulations have been provided since 2008 under the Securities and Exchange Act.