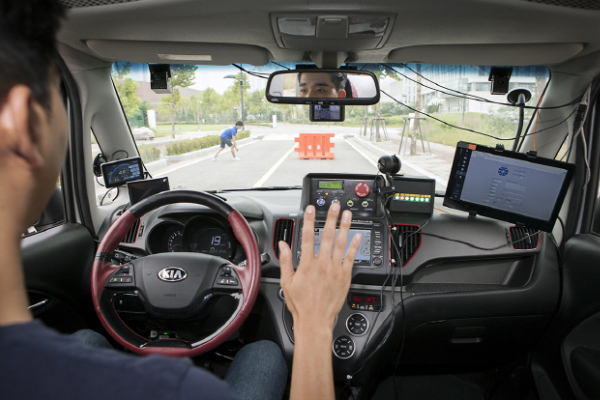 South Korea will start to operate a Level 3 self-driving bus in Sejong city for test run on the roads on Tuesday, the Ministry of Land, Infrastructure and Transport announced Monday.

With an investment of 37 billion won ($31.6 million), the bus was jointly developed by state-run Korea Transport Institute, SK Telecom, Seoul National University and Hyundai Motor. The bus will test its autonomous driving features including stopping at a bus stop, passing a roundabout with both self-driving and manual operation mode, receiving traffic information and picking up and dropping off passengers through smartphone app.

A Level 3 autonomous vehicle with conditional automation requires a human driver while the car takes control most of the time based on the standards of the U.S. Society of Automotive Engineers (SAE) that defines six levels from 0 to 5 depending on driving automation. Level 4 means high automation and Level 5 full automation.

The government designated Sejong city, a new administrative city located 120 kilometers south of Seoul, as a test bed for autonomous vehicles. After the test run, the city will operate two self-driving buses twice or three times a week on a 9.8 kilometer road this year. The city and government aims to run eight Level 4 self-driving buses on a route of 35.6 kilometers in 2021.