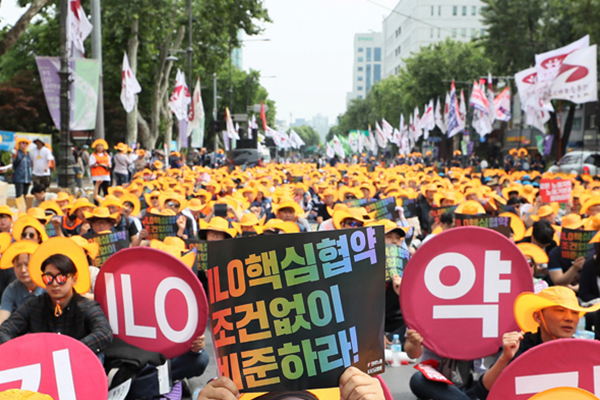 The government announced on July 31 that it would submit a motion to the National Assembly to revise labor laws to ratify three out of the four key ILO conventions. South Korea joined the ILO in 1991, but it hasn’t ratified four out of eight core conventions including No.87 and No.98 related to freedom of association and No.29 and No.105 regarding forced labor abolition. Ratification of the remaining conventions was one of the President Moon Jae-in’s campaign pledges.

The revision plan ignores the nation’s realistic conditions where the labor-management relations are typically marked by serious conflicts, the entrepreneurs said. They also argued that allowing dismissed workers to join labor unions would give too much power to workers.

Korea Employers Federation said that withdrawing the ban on paying salaries to full-time union officials means employers would be forced to pay the cost of anti-business activities.​

By Han Ye-kyung and Choi Mira