Koreans spend average 23 hours a month on YouTube, up 38% on year 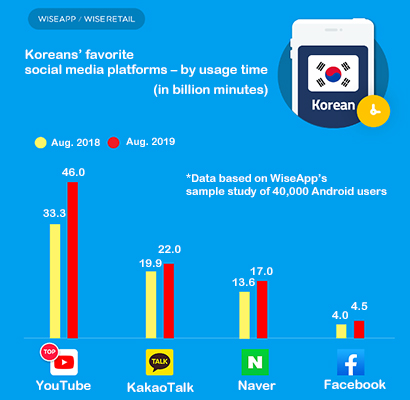 The average time spent on YouTube per person surged 29 percent on year to 1,391 minutes in August. YouTube’s monthly active user count rose 7 percent to 33.08 million, second only to KakaoTalk, whose tally was 36.56 million. 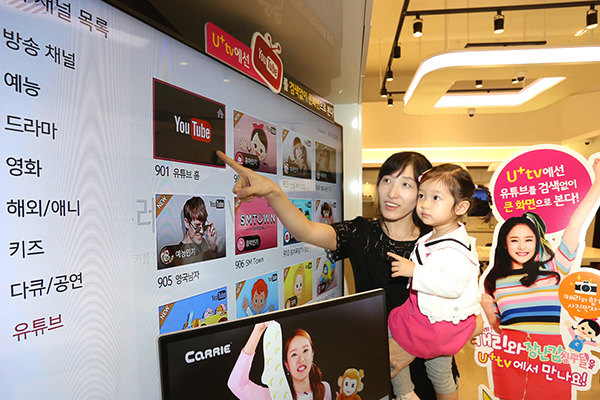 이미지 확대
The Google-owned service was the dominant platform across all age groups. Teens spent the longest time watching videos on YouTube, an average of 2,500 minutes. Those in their 20s came second, with 1,882 minutes.

Seniors also showed the biggest jump in viewing time over the past four months. Those aged 50 and older saw their YouTube usage time surge 15.4 percent compared with the April survey, while the 30s and 40s posted an increase of 11.8 percent and 8.5 percent, respectively.​