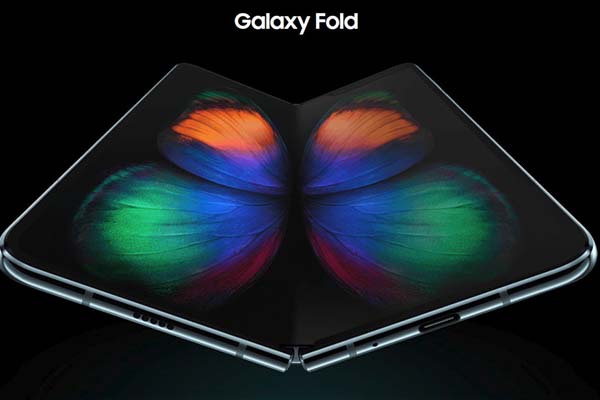 이미지 확대
Galaxy Fold – Samsung Electronics Co.’s latest bar-raising innovation – has been entirely sold out on the first day of release in Korea despite its hefty price tag of 2.4 million won ($2,016), with some paying extra for the bendable phone offered in restricted supplies.

According to multiple online marketplaces that sell second-hand products on Monday, Galaxy Fold is being sold at between 2.7 million won and 2.9 million won, about 300,000 won higher than the retail price. There are even some Korean sellers trying to re-sell the foldable handset online taking advantage of the fact that it has been released only in Korea so far.

On U.S. online marketplace eBay where consumers can buy and sell second-hand goods, an owner of three Galaxy Fold devices posted an auction to sell each of the handsets with a price tag of $3,900 and two have already been sold. The device is yet to be released in the U.S. 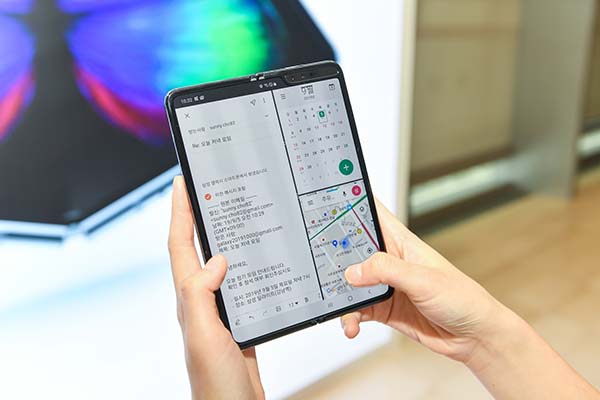 이미지 확대
The first batch of Samsung Electronics’ first-ever foldable fifth-generation (5G) smartphone that was officially released on Sept. 6 in Korea was completely sold out on the first day. Pre-orders were sold out in less than 30 minutes through major mobile carriers SK Telecom Co. and KT Corp.

Amid high demand but so little supply, Galaxy Fold made its appearance on online communities and marketplaces like Jungonara, one of the most popular platforms for re-selling items in Korea, a day after its release. The luxury handset is even higher on demand online after positive reviews of the 4.6-inch phone that opens like a book to a 7.3-inch tablet.

So Hyun-chul, an analyst at Shinhan Investment Corp., said that demand for Galaxy Fold is projected to hit 5 million units in 2020, up from 350,000 units this year amid expansion of 5G network in Korea and U.S.​