Seoul to ease rules for institutional shareholders to promote activism 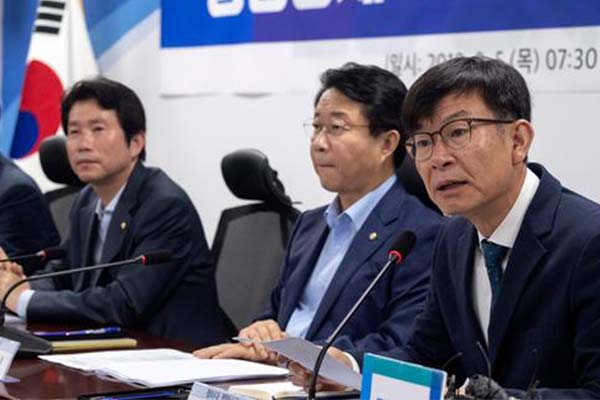 이미지 확대
South Korea’s financial authorities will relax some of the rules governing institutional investors so that they become more vocal in exercising their shareholder rights, something the government has been trying to encourage since the adoption of the stewardship code.

The ruling Democratic Party, Ministry of Economy and Finance, Financial Services Commission and Financial Supervisory Service on Thursday agreed to revise the so-called “5-percent rule” and “10-percent rule,” which had been criticized for restraining shareholder activism.

The 5-percent rule stipulates that a shareholder with a stake of more than 5 percent in a listed company needs to file disclosure reports within five days from buying or selling more than 1 percent of the stock. The rule applied to investors whose investment purpose was to exercise management control or simply to seek investment returns.

Critics had argued that the disclosure requirements limited shareholders from actively exercising their shareholder rights as detailed investment portfolios and investment strategy would be made public.

Addressing these concerns, the latest revision would no longer require investors to file reports if the actions were taken to respond to the company’s illegal activities or to change the corporate code with an aim to improve the governance structure.

Under the 10-percent rule, an investor that owns more than 10 percent in a company with a purpose to influence management needs to return any profit from a sale made in less than six months.

Regulators agreed to exempt this rule for the National Pension Service, the country’s largest institutional investor, if it came up with internal guidelines to prevent the misuse of confidential information.

More independence was afforded to outside board directors by extending their period of disqualification to three years from two. But they would be banned from serving on the same board for more than six years, or nine years when including all affiliates.

Regulations on holding companies were toughened. Subsidiaries under a holding company would no longer be able to invest in the same company as the practice has been blamed for complicating ownership structures.​