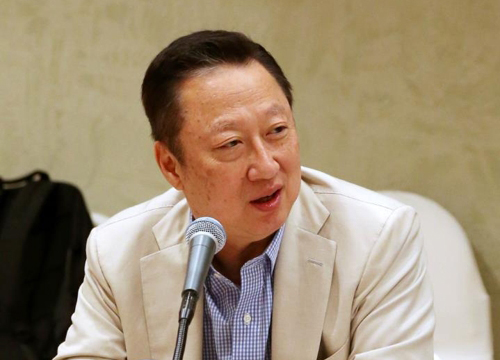 Korean Chamber of Commerce and Industry (KCCI) Chairman Park Yong-maan urged national unity in the face of rising tensions between Korea and Japan, expressing concerns over the deepening political divide between conservatives and liberals in response to the trade spat.

“Despite their differences, now is not the time (for ruling and opposition parties) to fight one another,” Park told reporters at the annual KCCI Jeju forum on Wednesday. “We all need to come together and give our full support to help the president resolve this situation,” he added.

Park earlier in his Facebook page had lamented the infighting and party battles of Korean politics. “Japan has mobilized all its forces to meticulously carry out this retaliation with carefully-planned actions, while we’re too busy taking each other down,” he wrote.

He also urged political leaders to exercise caution as any internal division would only be exposed and exploited by the media of both countries. “(Korean politicians) need to stop fighting over the food and focus on putting food on the table,” he said.

When asked how Korean companies should respond to Japan’s export curbs, Park said they should think long-term and come up with fundamental solutions as these trade restrictions could become a recurring pattern in the future.

He said this incident has incentivized Korean companies to diversify their supply chain and is likely to spur localization of key components, materials and equipment.