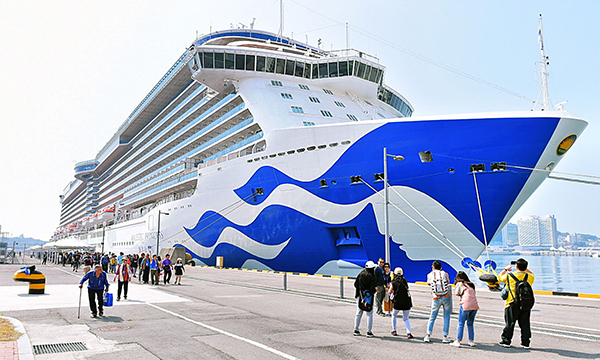 Cruise liners have brought some 7,000 passengers per year from Taiwan to Korea until last year, but the number is expected to more than quadruple to 34,000 this year, it added.

The KTO in partnership with local governments has launched various promotion campaigns to attract more cruise tourists to Korea. Upon the campaign, Majestic Princess departing from Taiwan – operated by California-based Princess Cruises – made a port call to Korea for the third time this year on Tuesday.

Cruise tourists to Korea plunged after the Chinese government banned group tours to the country in retaliation against Seoul’s installment of U.S. anti-missile shield in 2017. A total of 52 ships cancelled operation from China to Jeju Island, Korea in June alone, and only 17 cruises carrying Taiwanese and Japanese passengers entered ports in Jeju this year, according to Jeju Island.

Chinese cruise liners are yet to make a port call in Korea.

By Shin Ik-su and Lee Ha-yeon