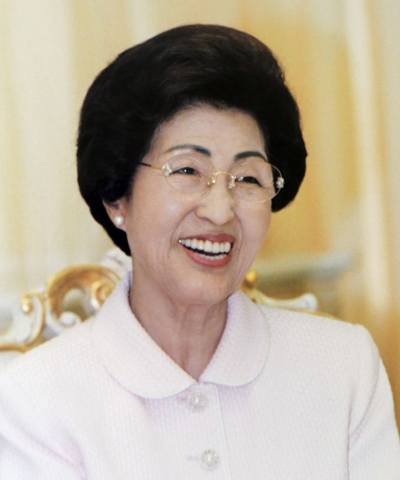 이미지 확대
Lee Hee-ho, the widow of dissident-turned-president and Korea’s first winner of Noble Peace Prize Kim Dae-jung, died at the age of 96 on Monday while battling liver cancer.

Born in 1922, Lee graduated from the nation’s top Seoul National University and studied sociology in the United States. Before marriage, she led feminist movements as a first-generation female activist in the rigidly patriarch Korean society and worked for social and economic changes while serving as secretary-general of the Korean Young Women’s Christian Association (YWCA).

After getting married to Kim at the age of 40 in 1962, she had devoted her life to supporting her husband’s pro-democracy movement. Kim had to endure strong political suppression while fighting against military regimes under strongmen Park Chung-hee and Chun Doo-hwan.

Kim said that it had been Lee’s firm support and unyielding will for democracy that sustained him even during the toughest times.

After more than 20 years as a dissident leader, Kim was finally elected as the nation’s 15th President in 1998. He pioneered ‘Sunshine Policy’ that emphasized engagement and interaction with North Korea to bring peace to the Korean Peninsula that earned him the Nobel Peace Prize in 2000. Lee accompanied her husband to Pyongyang for the historic inter-Korean summit held in 2000, the first-ever summit of the leaders of the two Koreas after the end of the 1950-1953 Korean War. 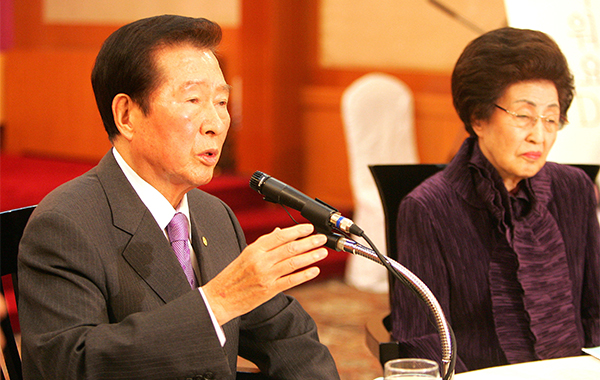 After Kim passed away in 2009, Lee had served as chair of the Kim Dae Jung Peace Center, which was founded by her husband to promote inter-Korean reconciliation and world peace, and fight global poverty.

Only two months ago, Kim Hong-il, a former lawmaker and the eldest son of the former president by the first marriage, died at 71.

Lee had been hospitalized since March and her conditions drastically worsened last Saturday. Politicians from both ruling and opposition parties offered their condolences for the passing of the former first lady.

President Moon Jae-in who is visiting Finland for a summit meeting said in his Twitter that Lee was a “great person” who dedicated her life to enhancing women’s rights.