S. Korea bans B737 Max entries to its skies for three months 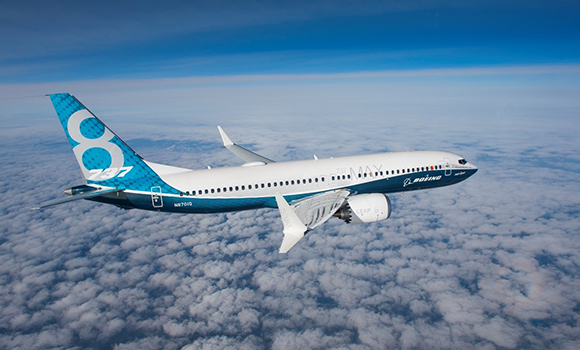 The Ministry of Land, Infrastructure and Transport said it Thursday issued a Notice to Airmen (NOTAM) to inform pilots and airline operators of its decision to suspend the operation of all variants of the Boeing aircraft from the Korean airspace for the next three months.

The notice will restrict any entry of Boeing 737 Max aircraft in Korean airspace until further notice. The current NOTAM is effective from 2:10 pm on March 14 (KST) until 8:59 am on June 15.

Earlier this week, Eastar Jet, one of Korea’s budget carriers, said it will ground flights of its two B737 Max 8s. Korean Air and other local airlines scheduled to add the aircraft to their fleets said they won`t operate the controversial plant until safety is assured.

The measures come as one of the model crashed in Ethiopia on March 10, only six months after a deadly crash involving the identical model in Indonesia, which raised suspicion over the aircraft’s machine or software glitches.

Responding to the accidents, China, Indonesia and many other counties ordered a halt to operations of B737 Max jets. On Wednesday, President Donald Trump issued an emergency order to ground all B737 Max jets in the U.S.