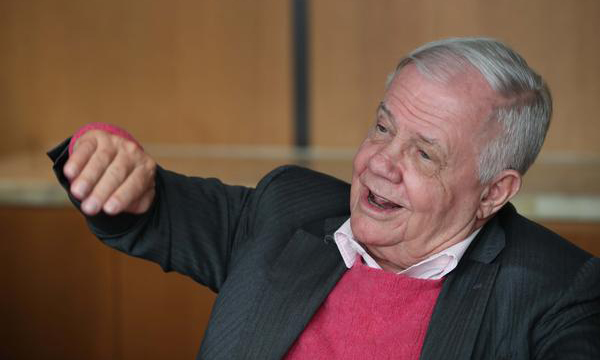 North Korea is a “dead country” and therefore poses a “fantastic opportunity” for any investor who has eyes on big money, said American investing guru Jim Rogers who cites the same reason for investing in national disasters like Zimbabwe and also Venezuela, if he could.

“I have been investing for a long time and I have seen that when a dead country changes, it is a great opportunity…North Korea is a dead country so it is very, very cheap. So whenever that (change) happens, and it doesn’t happen many times, very rare when something like that happens. Now, this will be a very fantastic opportunity like investing in China forty years ago,” he said.

Rogers who hardly is shy about his enthusiasm for North Korea has been recruited to the board of Ananti Inc., a South Korean resort operator with the sole golf resort operation in North Korea that was suspended soon after construction was finished. He visited Seoul to attend the board meeting.

“They (North Koreans) want to have everything you have,” which means “Everything is an opportunity,” he said.

Ananti and other South Korean companies with interests or potential interests in North Korea lost big after the much-awaited second summit meeting between U.S. President Donald Trump and North Korean leader Kim Jong-un in Hanoi broke down last week without any breakthrough on denuclearization and sanctions front.

Many have now grown skeptical about improvement in ties, but the famed investor was not worried. “There always is a delay in life,” but a deal will happen because “everyone wants this.” 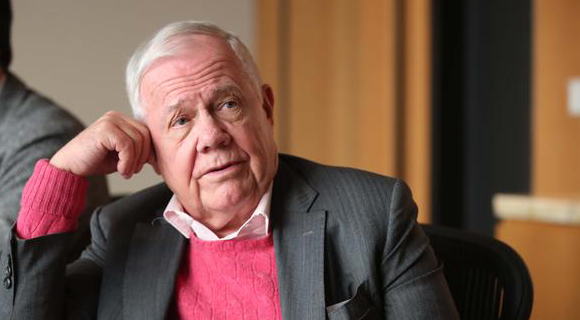 The full text of in-person interview with Rogers:

- Maekyung: How would you evaluate the result of the U.S-North Korea summit in Vietnam?

- Rogers: Well, nothing happened. So it’s hard to evaluate. It’s clear that America made mistake. I am not sure why they made mistake. America said this happened, and North Korea said this happened. I am not sure who is correct. But I do know there is no result, which is bad for everyone. I would suspect that America now has to figure out to say in phase so they can keep going. Everybody wants this…And now America and Mr. Trump would like to do something. So now Trump has to find something to say in phase...I do not know how yet but something is going to happen

- Maekyung: Have your thoughts about North Korea changed after this summit?

- Rogers: No. Nothing has happened. It’s a delay. But I have seen many delays in my life in everything, in personal life and everything...Everything goes like this in life and there is a delay. So, the basic situation has not changed.

- Maekyung: Do you have any plan to visit North Korea soon or later? If so, we eagerly want to listen to your ideas about developing North Korea.

- Maekyung: Did you get an invitation from Mr. Kim (Jong-un) from North Korea?

- Rogers: No. I get many questions about that from all over the world. I was most surprised. And an article said their source of information was the South Korean government, the Blue House...No one ever called me. The South Korean ambassador called me, so what’s up. So (I said), …I do not know anything and you ask the Blue House. So it was all a great surprise and a shock to me. No one including the reporter called me.

- Rogers: I have no investment in North Korea now as it is not legal. And second, it is not easy to find. I’d like to find a legal investment in North Korea. I have been investing for a long time and I have seen that when a dead country changes, it is a great opportunity. In 1978, Deng Xiaoping in China said we are going to try something new. You know what has happened in China since 1978. Probably three or four years ago, North Korea said we are going to change. And North Korea is a dead country so it is very, very cheap. So whenever that happens, and it doesn’t happen many times, very rare when something like that happens. Now, this will be a very fantastic opportunity like investing in China forty years ago. That’s what aroused my interest. I have seen this before. It’s not the first time.

- Maekyung: You have said it is difficult for you to invest directly in North Korea because you are an American. Then, in which ways do you plan to invest in North Korea?

- Rogers: It depends on how it opens. I bought shares in Korean Air because when it opens there’s going to be a lot more travel here and there. I own shares in Ananti because I’m a director and I know when it opens it’s going to be great. I’m now sure if you know but this company has a resort in North Korea and it’s been closed. so when it opens it’d be great for Anati. I don’t have any rights now but it’d be great for Samsung. It’ll not be enough to make Samsung go up a lot. I need to find small or medium-sized companies like this that have a direct play, and I have not found, yet.

- Maekyung: U.S-China trade war is being prolonged. What is your forecast on the international economy? Do you think the global economic crisis as in 2008 will happen again?

- Rogers: I know it will. It always had economic setbacks. It’s the beginning of time and we always will. The next one will be the worst in my lifetime. In 2008, we had a problem because we had too much debt but now the debt is much, much higher all over the world. So the next time we have a problem, it’s going to be horrible because there’s a lot of debt. Korea will be less affected than everywhere else because the opening up of North Korea means it’s going to be a huge opportunity. You’ll be affected because you are a major trading nation. But you’ll be less affected because you have this front here that is opening up. It has great opportunities. But you’ll be affected. You always have been a trading nation for decades so you’ll be affected, too…There used to railroad going on the east coast and the west coast of Korea. They are still there but needs to be rebuilt so there’s going to be a lot of money being spent and stay in Korea so you’ll be less badly affected.

- Maekyung: You have been emphasizing on investment in raw materials such as gold and agricultural products. What advice could you give to general investors in South Korea as an honorable investment guru?

- Rogers: First of all, I do own gold and have not bought any serious gold since 2010. But I do own gold and have not sold any. Other natural resources are better and will be better, going forward. My advice to everyone, not just Koreans, it is only investing in what you know yourself. Don’t listen to me. Don’t listen to anybody because when any problems come, you wouldn’t know what to do…So if you want to survive and if you want to make money, only invest in anything that you yourself know about.

Maekyung: Where is the next promising investment country after North Korea that you are looking for?

Rogers: I have mentioned Venezuela. Venezuela is a horrible disaster. Because I am an American so I cannot invest in there now because there are sanctions. But if I could, I’d be probably investing in Venezuela. They have bonds. They have a stock market. It’s a horrible disaster and it is my experience that you find a country like that it is ruined. Years later, if you buy it you may have problems awhile but three years later, five years later, you’ll be very, very happy you did because these sanctions do not last forever…Venezuela is the place that I would love to invest right now I recently bought a few shares in Zimbabwe because it is a disaster.